Differences between PS4 and PS4 Pro consoles: which is better + models + features?

Video consoles are electronic devices that allow us to play video games, they are usually connected to our monitors or have an integrated screen where we can watch the video.

They allow us to play games saved on cartridges, discs or any storage device. Over time, video consoles have changed design and features, getting better and better.

Without a doubt, one of the major video game distributors currently dominating the market is the PlayStation brand. Developed by the Japanese company Sony, it made its first official launch in 1994.

Since then it has been a leader in the video game market. This brand has been characterized by providing excellent quality products, always focused on offering the best service to its users.

Prior to this, its version was the PlayStation 4 which achieved excellent receptivity, as its design, features and functionality satisfied the average consumer. Therefore, to overcome this problem, they have to present a much more advanced prototype.

In this article we will focus on evaluating the differences, advantages and disadvantages between the two consoles. This way we realize if it's really worth upgrading to PS4 Pro or it doesn't meet expectations and the PS4 is better.

Advantages of PS4 Pro over PS4

It is recommended that before purchasing a product we seek advice to decide whether it is convenient for us to obtain it or not. To make this assessment we will focus on highlighting pros and cons of PS4 Pro over PS4.

Without a doubt, the main thing that we have to consider among the latest console versions is the hardware. This way this is the first thing we will evaluate to come to a conclusion.

La speed or power with which the video runs on our consoles is measured in teraflop. There For PS4 he has one power of 4,20 teraflop. Which is surprising compared to the previous version PS4 and boasted alone 1,84 teraflops.

This makes games on PS4 Pro a lot faster and gets better graphics results. These consoles are capable of playing 4K video with an extraordinary fluidity.

Among other advantages it offers For PS4 compared to the PS4 there is that it is designed for play in virtual reality, with excellent resolution. On the other hand, it is designed and optimized to function as a media player. 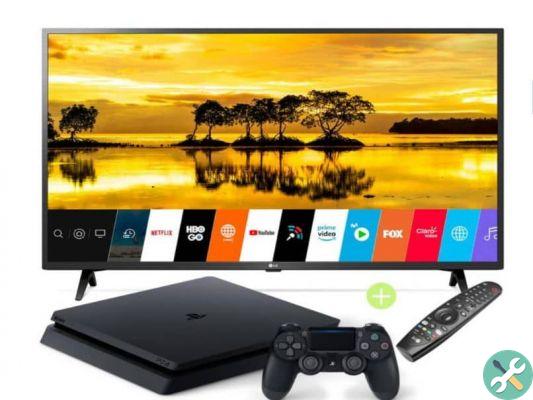 When it comes to video consoles, storage plays a very important role. The PS4 Pro has 1 terabyte of storage space, doubling the capacity of the PS4, that has only 500 GB.


Disadvantages of PS4 Pro over PS4

When purchasing our For PS4 we note that does not have built-in virtual reality glasses, so you need to buy them separately. As well as other accessories that the previous version offered.

This makes the purchase price much higher. On the other hand, one of the drawbacks is that they have silenced the cooling system which means it cools less, it overheats much faster, however, the PS4 can spend some time in sleep mode.

Despite these disadvantages, the PS4 Pro is the most powerful console on the market, with very advanced features, which make it superior to its previous version.

Finally, we hope this article has helped you. However, we would like to hear from you Which console do you prefer? Do you think the PS4 Pro is better than the PS4? Leave us your answers in the comments.

Differences between PS4 Slim and PS4 Pro consoles and which one is best to buy? ❯

add a comment from Differences between PS4 and PS4 Pro consoles: which is better + models + features?