Horizon Zero Dawn - How to take down a Stormbird

All the tricks to kill the Stormbird or Stormbird in Horizon Zero Dawn.

Recently made available for free by Sony through the Play at Home initiative, we are back in the Sacred Lands and beyond for a in-depth information on driving machines released on the debut of Horizon Zero Dawn. Driving is dedicated to the Stormbird.

Even today, the Stormbird is the monarch of the skies, one of the most imposing creatures that populate the post apocalyptic world of the Guerrilla title. Its official description places it in the Combat class, and reads:

In this guide we will see how to kill a Stormbird with Aloy.

The Stormbird is as dangerous on the ground as it is in the air, but being a giant mechanical bird it prefers to bomb its prey from the sky. His far more frightening attacks they consist of a very high swoop in which it cloaks itself in electricity, and an advance to the ground wrapped in an electrical bubble. For this, but also to deal with his Electrocution, it is recommended to have some potion to resist electricity. For its part, the Stormbird resists this element, so the electric arrows will be almost useless. 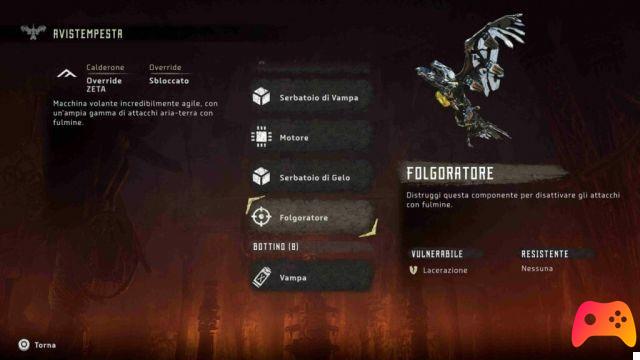 Therefore, the first thing to do is get rid of the Electrocution (in the images), a weapon that fires electricity that is positioned in the center of the creature, as if it were its blue heart. Once this is done, the Stormbird will no longer be able to count on ranged attacks, and will inevitably have to repeatedly descend to the ground. To hit the Lightning Bolt with arrows the Concentration skill is among the most useful as it slows down time you will have the possibility to aim more effectively using the Disruptive Arrows (Tearblast Arrows).

Il Rope launcher (Ropecaster) is an indispensable tool, as it will allow you to ground the Stormbird for some time. Once the Stormbird lands, just use the weapon a few times to immobilize the flying machine. 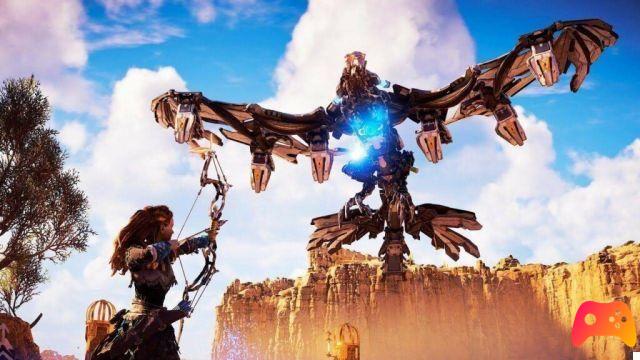 When the car is immobilized, it's time to use the most devastating effect: the Ice. This doubles damage and slows creatures. To do it as fast as possible it is advisable to use a Slingshot with freezing bombs. The Stormbird will be frozen when the freezing ball bar is filled and the creature is visibly white. The machine also has a freeze tank available that can be hit, but we find the rope launcher method much easier.

At this point, the final blows: Carja or Shadows Explosive Slingshot, through which to launch sticky bombs, or more arrows simultaneously with the Double Strike or, even better, Triple Strike skill.

The Stormbird is one of the highest paying creatures in Horizon Zero Dawn, and will release purple components (very rare). 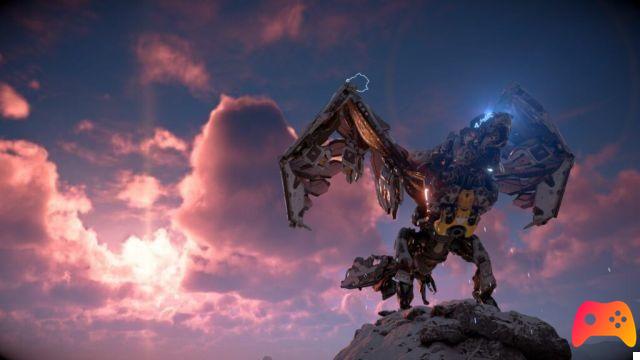 In conclusion, let's spend a few words about its genesis (spoiler). Fighting machines like the Stormbird were created at a later date and were not in the plans of Dr. Elisabet Sobeck and her creature, GAIA, who was tasked with reforming earth and life after the Horizon Zero Dawn project. Without GAIA to lead him, Ephestus, one of the subordinate functions, began to mistakenly perceive humans as a threat to terraforming - the original purpose of machines - and to create hostile ones. This process will then be recognized by the tribes as the "Imbalance".

We hope that these tips have served you to deal with the various Stormbirds present in Horizon Zero Dawn and the mandatory one of the GAIA Prime mission. Who knows if this iconic enemy will return in the sequel, Horizon Forbidden West, or if the time will be right to finally ride machines with wings and fly with Aloy.

Do you want to be an expert and know all the tricks, guides and secrets for your video games? Epictrick.com is a group of video game enthusiasts that want to share the best tricks, secrets, guides and tips. We offer the best content to be a source of useful information, so here you can find guides, tricks, secrets and tips so you can enjoy your games to the fullest. Are you ready to get all the achievements of that game that you resist so much? Enter and enjoy your favorite video game to the fullest!
Mario Golf: Super Rush - Beginner's Guide and Tricks ❯

Where to find Pokémon Ultra Sun and Ultra Moon exchanges

Here are some tips for Pokémon: Let's Go