How can I use the cactus in Minecraft? - Cactus farm, cactus armor, cactus fuel, etc.

Get cactus in Minecraft

Cacti are a type of vegetation that is located generally in hot, dry biomes, you can find one wherever there is sand.

In this sense, if you want to get a cactus in Minecraft, it is better to preferably go to the coast or to the desert. Once found and as with the barrel, you can easily knock it down with your hand or any tools. Of course, be very careful when getting close as it hurts anything that gets too close.

Use the cactus in Minecraft

You can take advantage of cacti in several ways, read on and find some of the most interesting options in the game: 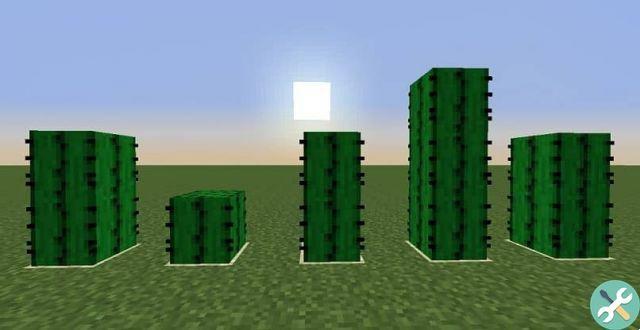 If you are going to use cacti on a large scale, you will definitely want grow your own. There are several ways to do this, but you may want something more automated and simple than choosing from one cactus to another.

First of all, do not forget that cacti they only grow in the sand and shouldn't have any other blocks on the sides. These will grow on their own to a height of 3 blocks, so getting one is enough to quickly build your farm.

That said, in order to use cacti in Minecraft through an automated farm, what you need to do is locate four blocks of sand with a block separation from each other. Around these blocks and again leaving a gap, build a frame of any material.

In each block of sand, locate a cactus and to make it easier to automatically obtain it, you must collide with a block of stone as it grows. You will get it by placing a floating stone cube between one cactus and the other at a height of 3 blocks. This way, when the cactus reaches its maximum height it will fall by itself, as it will have a block next to it.

For further automation, place 4 water blocks at the 4 corners of the base (between the sand blocks and the frame). In the center of one of the sides open a frame block and all the water will be directed there. So, the only thing left is place a hopper and barrel to store your products.

One of the most frequent reasons for using cacti in Minecraft is to extract their coloring. This way, putting a cactus in the oven will easily get the green dye. Keep in mind that this will destroy the cactus, therefore you have to ensure a constant supply if you intend to use it intensively. 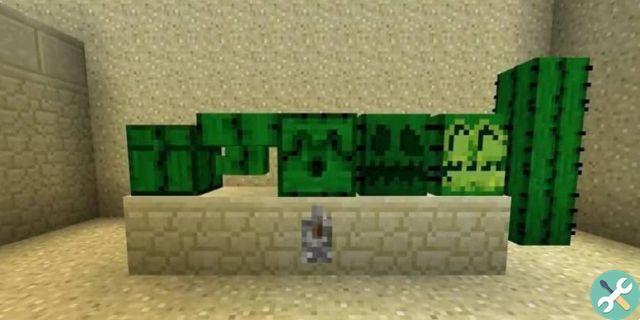 Armor of the cactus

Currently it is not possible to make any objects using i cactus in the official versions of the game. However, mods can be found that tweak this and add everything from weapons and animals to mythical cactus armor with its amazing benefits.

On the other hand, the cactus is usually used in Minecraft as a defense, using it as a fence. These are arranged along the entire perimeter in a diagonal formation or in a double interleaved line.

The armor can be made of iron or leather, if you want to have leather armor the material can be obtained from rotten meat or by going to a leather farm. The advantage of having leather armor is that you can dye it any color you want, but the downside is that it's not as strong as iron.

It is also often used in traps, for example as a background. Despite this, it is not highly recommended as it also tends to destroy objects that come into contact with the surface of the cactus.

Since it is not considered wood, the only use of a cactus in the oven is to extract the dye from it. So, for now and without the use of mods it is impossible to use the cactus as fuel.

add a comment of How can I use the cactus in Minecraft? - Cactus farm, cactus armor, cactus fuel, etc.