How to find and steal armored vans in GTA 5

One of the things you should know is that i armored vans that carrying money cannot be found on the map as a mission.

In light of this, they can only be activated as missions secondary if you encounter one at various points on the map. And once they are found, stealing them will be a difficult mission for novice players.

Where to find a truck or armored van in GTA 5?

Many of the players who have this goal, choose to travel the streets of Los Santos (parody of the city of Los Angeles) until they get an armored truck. They generally think their appearances are random, but this is not the case, rather they originate at specific points at random times.

What many don't know is that there are three areas in particular when its activity is much higher than the rest of the map satellites in GTA V. Paleto Bay is constantly visited by players thanks to its beach, but close to the armory it is It is possible to find an armored van. If there isn't, it is matter of time before it appears.

On the other hand, in Little Seoul, the neighborhood influenced by Korean culture, it is also possible to get an armored car ready to be robbed. Wandering the streets of this Asian-American neighborhood and with patience we will eventually find our van.

While in the Little Seoul neighborhood, you can find and steal armored vans in four different locations. Mostly near gas stations or banks which makes it the place where you can find the most vans.

Additionally, there is one last location where an armored van is most likely to be found loaded with many dollars. And this is Los Santos Sur, or South Los Santos depending on your version. Be that as it may, in this crime-ridden neighborhood we can also find armored vans. 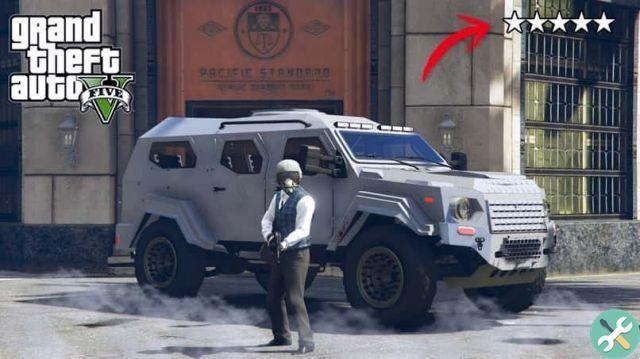 In the South Saints area, you need to go west on the map that shows you the game. So when you get to this area, you have to locate the gas station which is right next to the main highway.

If you find them in South Los Santos, you'll want to be careful with the local bands, which they can attack you when you see yourself shooting at the truck. It is best to attack the armored van out of sight of anyone as most of them are armed.

Other places you can go to find and steal armored vans in this game are the service stations and the car parks. In general, these money carts often go to gas stations to refuel the vehicle.

In this sense, you can also find them in parking lots. Because when they don't provide a bank of money, occasionally they can be seen parked in waiting for instructions.

However, these are not recommended for stealing since they do not contain a large amount of money inside of. Conversely, most of these are always empty. So if you want to find and steal armored vans to make enough money, you need to locate one on the go or near a bank.

How to steal armored vans in GTA 5

Note that it is very rare to get multiple trucks on the same game day. A theft of an armored car can generally be carried out every two or three days of play, this during the restart of a cycle. But since the time in the game is different, you can steal one and then do something else as time goes by and you run into another truck again.

There are several methods, however, some are not as effective and others won't leave you one booty like that consistent. But worst of all, when you attack an armored van, you will automatically be chased with a two-star research rating. So you have to quickly and quickly escape from the police before they catch you. That's why we will be equipped with the best weapons of GTA V.

The method many use is to line the van with sticky C4 explosives and then detonate it completely and collect the loot scattered on the floor. But this may not be as effective as it sounds, after all it takes a long time while the police are chasing you. So what are the methods best to steal armored vans? 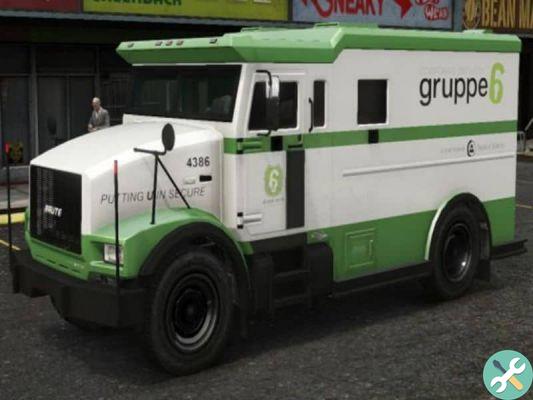 The best way to make sure you are not interrupted during the robbery is to take out the two guards first. This is to avoid having more obstacles before reaching the car carrying the money you want to get.

One of the most reliable methods of stopping the armored vehicle is shoot tires or wheels. This way, you make less noise than when using a pump and prevent the money from going everywhere. On the contrary, all the money will be placed in the truck ready to be taken.

How to get into the armored trucks in GTA 5

You have to plan very well the strategy of getting into an armored car when you are attacking it. Before you do the robbery, you need to plan how you will enter and how you will proceed as it is different when the car is moving than when they dump the money somewhere.


If you do the robbery while the armored van is not moving and is parked somewhere. It is best to shoot rifles that have a range from a great distance. As this procedure avoids attracting the attention of people and the police.

After this, you can open doors by continuously shooting in the middle of them. If you prefer a louder method, you always can place a C4 bomb on the door to make it explode.

When you open the doors, all the money will be in one place, you just need to get on the truck and collect everything quickly. So you will have to run away from the police at full speed of course, otherwise you can also use a game trick that lowers your search index. 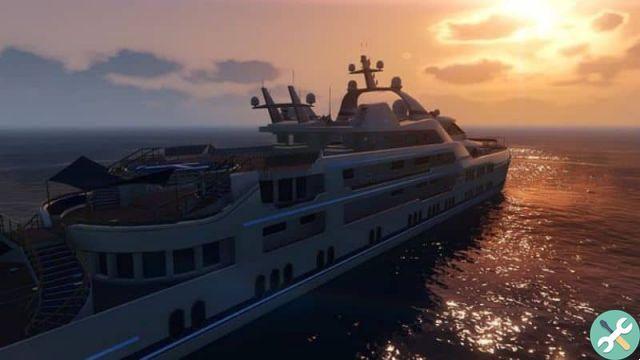 It is also possible that if you find the parked truck and the guards are outside, you want to steal it and escape using it. However, the its doors are always locked in so that it cannot be robbed. So what you should do is wait for the guards to get into the van to steal it, thus taking advantage of the open door.

If you do, the rest of the process will simply be escape from the police to open the doors of the van calmly and without haste

When you proceed to find and steal armored vans on the go, you need to proceed quickly. Since in this case it is not possible to delete the protections previously, it is recommended to use a large-caliber weapon against the windows so that they break faster. Once you've done that, remove the guards and proceed to grab all the loot you get.

How to find the MAC address on Xbox 360 easily ❯