Stack Jump is one of the best arcade games, which has garnered a lot of accolades in recent months, with simple gameplay and amazing graphics it is a game that everyone can enjoy. You are here, why you want to pass all the levels with the most enviable score of all your friends, read on to reach that goal and know all the tricks of this amazing game.

Before starting, please note that this game has some disadvantages, such as annoying advertisements. To enjoy Stack Jump to its fullest, we recommend that you turn off mobile data or the Wi-Fi network, thus avoiding inconvenience during the game, you will see that this game, like others that can be played without internet, works perfectly after turning off these functions.

With this in mind we can start explaining the best tricks of the Stack Jump game.

The key to getting the best stack jump score

Stack Jumpe is a game of speed. It consists of perfectly aligning the game blocks while on the move to climb a tower, this may seem easy, but the truth is that with each level the difficulty increases.

These blocks do not have a constant speed, some can go slow enough to get noticed and you can react in time, progressing successfully in the game, others are so fast and surprising that if you get distracted they can be hard to see, making the block hit you and lose all your progress. Taking the above into account, these are the keys to getting a better Stack Jump score.

Focus on the game

Just focus, to simplify you can turn off the sound to avoid further distractions. Another thing is that, as we said before, the graphics are very impressive in Stack Jump, especially when you win by keeping the tower perfectly aligned for a long time. This can be a huge drawback, we'll tell you why. 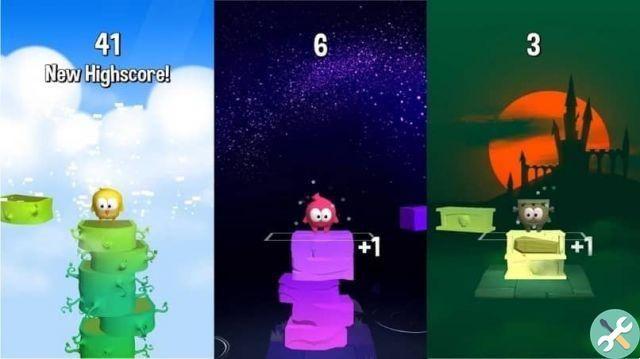 The sounds and lights the game produces as you progress through the tower can be very nice, but they are actually distracting. We know that it's exciting to win and fast advance in the game, but if you are not careful you will start paying more attention to the score that is at the top of your screen and not to the blocks that are approaching your character and when he gives up the account and you will lose the game.

Focus your attention on the character's arms

Your focus should be on two specific points, your character's arms. As mentioned above, blocks can go at different speeds each and every level, but something they have in common is the distance between the point of impact and the character's arms, i.e. no matter how fast the block goes The exact moment in you should skip is still the same, you do just pay attention to the exact distance where the arm blocks should be.

Try to practice the above, start a game and see not where the blocks come from but rather your character's arms, when they are close to this jump. You will need some practice to be able to know the exact distance that the blocks should be from your character, so that all the blocks will line up and you will advance quickly.

These tricks are great, but we kept the best for last. What will guarantee you the highest score of all your friends is not to rush, as we said the game is to make a tower of blocks perfectly aligned, sometimes due to the speed of the game we rush to jump, almost crashing the our character. 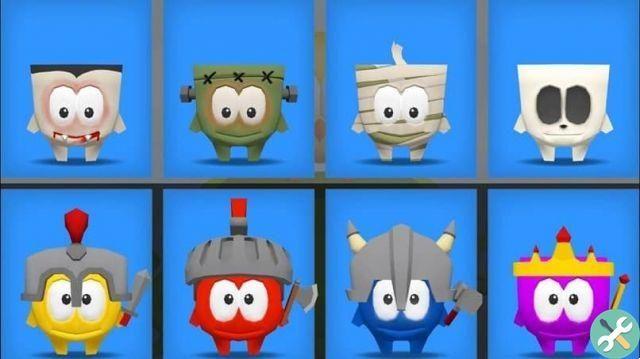 To fix this problem we have to rely on our brain's ability to adapt to the game. This is known in the scientific field as Neuroplasticity, it not only helps you in this game but in your daily life, as the brain is perfectly capable of adapting to whatever happens to it.

The more you practice, the more you will notice that it will become very easy for you to know when to jump by advancing quickly and accurately in the game. Follow our page to learn more about this game and also where you can download games similar to this one, for iPhone and Android.

How to get lots of obsidian and metal in ARK: Survival Evolved Where to find it? ❯