How to make a frame or painting in Minecraft? - Create frames and images

As mentioned above, the main function of this type of elements is to expose maps and by joining multiple tables with maps inside them, they could show maps of large extensions.

Likewise it can be used to expose a number any of objects or objects inside a crate. However, the best thing about frames in Minecraft is that they can be used as the player sees fit.

To get started with the tutorial, we recommend that you update Minecraft to the latest version and also download the original game from your store.

Materials needed to make a frame or painting in Minecraft

To do this you will need four wooden planks. You get them by joining two blocks of this material. Another way to get a table is to get one at the villa. However, building one is the most recommended and fastest.

The objects needed to make a frame or a painting in Minecraft are only two and they are very easy to obtain. The first element to make a painting are the sticks (the same ones you use to make the basic wooden tools). You will need eight in total. They are obtained thanks to the union of two wooden planks. 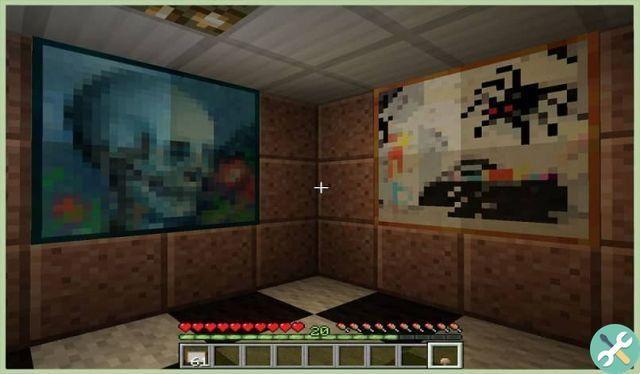 You will then need 16 wooden planks to get the sticks needed to create the painting. The following is a hide, which you can get by killing cows or horses.

Steps to create a frame or painting in Minecraft

Once you have all the materials, the next thing is to place them on the crafting table. This has to be done in a specific way. If it is done randomly, you will not get the desired results.

Having said that, however create a frame or box in Minecraft, you have to place the objects in the following way: the work table is shown as a 3 x 3 box. So, the first thing to place is the sticks, which will go into all side squares of the grid.

It is important to leave the middle square of the second row free, as this is where the skin will go. When they are positioned correctly, proceed to check the creation box to make the frame.

To expose an object in the box you have created, what you have to do is grab the object you want to show and right click on the box. If you want to change its position, you can also do it by clicking with the right mouse button, and to remove it you have to click on it with the left button.

You can put the frames on any vertical surface. If you want it to occupy an area in its entirety, you will need to place them in the lower left corner of it. This will expand the box until it reaches the upper right corner of the designated area. 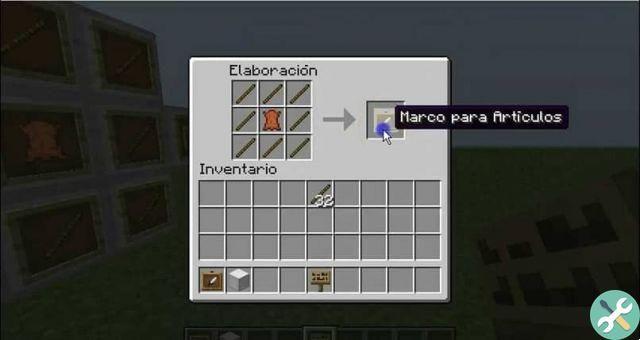 Not being blocks, it is possible to place them in places where there is water or torches. Likewise, players, animals and other creatures they can go through a square if it doesn't have a block behind it.

Likewise, these types of objects they are not flammable. Part of its usefulness is that, being placed on blocks of flammable material, the pictures will prevent them from burning in the event of a fire.

A curiosity about paintings is that, in multiplayer mode, if a user stands behind a painting, other people will not be able to see his name.

With all that you read, you are ready to go into your world and start an adventure, but first we recommend that you search how to make a map in Minecraft because, as you have been told, you can use them along with the images.

add a comment from How to make a frame or painting in Minecraft? - Create frames and images