How to make a rotating wind or water mill in Minecraft? - Tutorial

First you have to build a base that will support the future mill, will have a rectangular shape with 6 (six) blocks of oak wood that act as a scaffold, separated every three blocks of wood. Inside, fill in the free space with plain wooden tiles.

In this way the rectangle will be large enough to divide it into a left and a right quadrant, the latter reserved for the warehouse area.

In the left quadrant, starting from the 4 (four) scaffolding left, as many pillars rise with a height of 15 (fifteen) blocks of oak wood, counting what already serves as initial support.

Counting every 5 (five) blocks corresponding to a pillar, you have to build a horizontal beam with the same material for each side of the mill. The result will be 3 (three) separate floors. Counting 3 (three) blocks from the last beam from top to bottom, generate another series for each facade, so that the top story is now separated into a top and bottom. 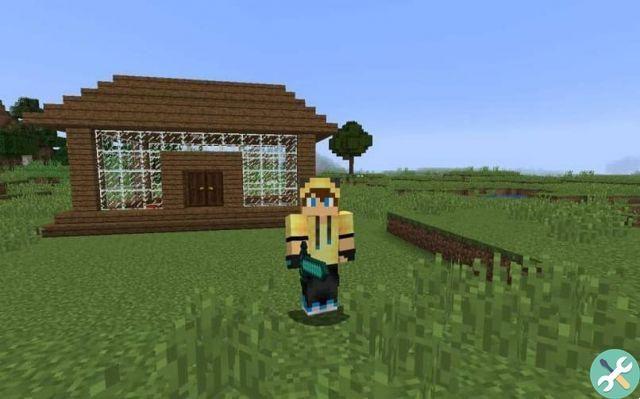 Finally, build a pillar that crosses the center of each of the facades to the last beam, so that they are divided into a left and a right.

How to shape the mill once its initial structure is finished?

To begin, fill in the blanks with bark-free oak blocks for create a more eye-catching rotating water or windmill. Place the wooden stairs in the upper corners without leaving anything free and on them raise oak pillars 5 (five) blocks high and which are joined at both their upper and lower ends by a new beam per side.

The result will be a new upper portion that you will need to divide into 2 (two) by building a pillar that passes through the center, similar to one of the steps described above. Then, place the fir wood stairs until one protrudes from each side.

From right and left, go to place the fir stairs so that you draw a triangle. You have to do this both on the main facade and on the back, then join them with the same material and finish the ceiling.

Fill the spaces with oak blocks to connect the roof to the rest of the building and cover the other voids in your mill with bark-free blocks.

Final steps to connect the blades to the mill

Pay attention to the center of the upper part of the mill on its front facade and build a beam of 7 (seven) wooden blocks of Oak tree with spruce wood blocks on both sides where it starts. 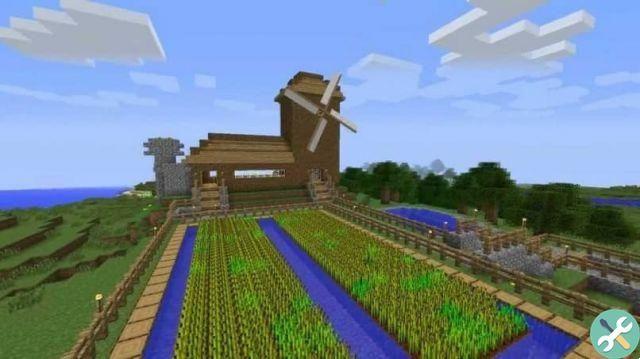 From there, both above and below the beam, place 2 (two) protected ladders on each side by fences in fir wood. Then repeat the initial procedure with the fir wood blocks.


Then, diagonally and zigzag up and down, build the blades of the mill using blocks of oak wood with a length of 2 (two) blocks in each jump until the shape materializes.

To complete the process of making a rotating wind or water mill, you can have quartz blocks to increase the aesthetic level of the blades. Distribute them to one side of the fences to give relief until one protrudes, being right in the last one where you will cement a quartz staircase.

Also, add a layer of depth with quartz blocks outlining the inner edges. uff! Complete but invigorating, your grinder is ready to use. Now you can move on to other jobs like making or building a stone bridge, or building an automatic fishing farm, remember your imagination is the limit.

add a comment from How to make a rotating wind or water mill in Minecraft? - Tutorial