How to teleport in Rust: the best tricks to use in Rust

The teleportation command in Rust and the commands in Rust

Rust is a very interesting survival video game that allows you to do many things, it is undoubtedly a lot of fun. If you are interested in playing it, you can get it directly from Steam, but first you have to meet the minimum requirements needed to play Rust.

In turn, there are many options in Rust, among which we have access to a command console. Through this command console it is possible to write countless "tricks" and useful codes for server administrators.

Opening the command console in the Rust video game is very simple, you just have to press «F1». However, this console can only be used by the server administrator. Thanks to this possibility it is possible to use a large number of codes, among which we have the famous teleportation.

The teleportation code is very famous in various video games, using it is possible move to a place, what, character, specific player. Likewise, there are variants that allow you to move objects, characters towards you and many others that we will mention below. 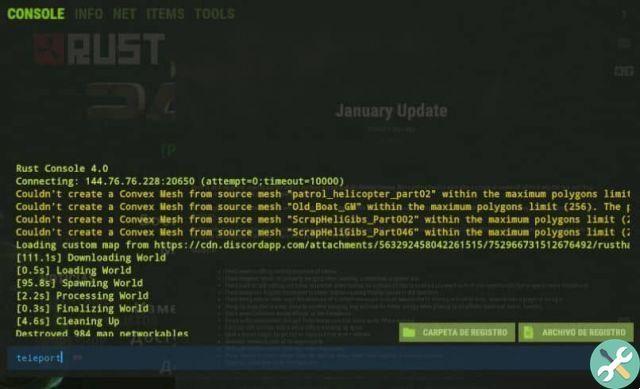 How does he teleport and Rust?

As we have pointed out, the teleport command can be useful, however there is not a single one. In fact, in Rust there are several teleportation commands, so below we will mention the most useful ones.

The basic teleport command has you transported directly to the player who has been active the longest on the server. This is a useful command in case you are too far from said player. The command is as follows: teleportation.

Another very useful command is the one that allows you to transport yourself to a specific player. Unlike the previous one, here you can switch to any player you choose, you just have to indicate their name in the command. This command looks like this: teleport "player name".

Teleports a player to another player

In case an administrator needs to move one player to another, this can also be done via commands. This is a useful command in case two people want to work as a team. To use it, you just need to write the following: teleport "name of player 1" "name of player 2".

Note that the above command automatically switches the first player to the second, which is important to consider. 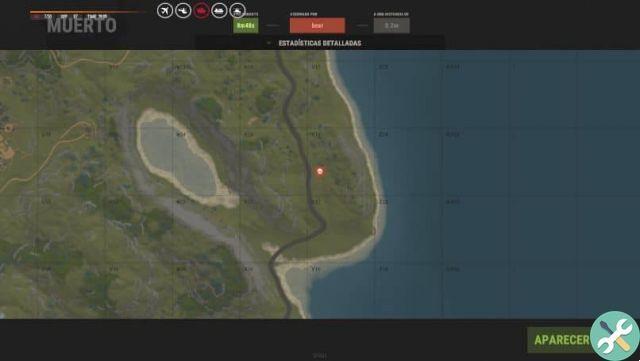 Teleport to an entity in Rust

Using this command it is possible to transport or move towards the indicated entity. Clearly, the list of Rust entities must be known. The command is as follows: teleportany entity, where you have to replace the word "entity" with the code of the entity to which you want to move.

Another very useful command is to be transported directly to a specific location based on the coordinates. It can be useful if you want to reach an area of ​​interest. The command is as follows: teleportpos (X coordinate, Y coordinate, Z coordinate).


Teleports the player to you

In case you want to move a player to your position, there is also a command that allows you to do it easily. This command should be written as follows: teleport2me "player name".

Teleport to mark on the map

Perhaps one of the most useful transport commands, as it allows you to move directly to the marker marked on the map. Without a doubt, it is one of the most important commands that we can find in Rust. To use this command, type the following teleport2marker.

Now that you know the above, you just need to log into the best Rust server in Spanish and have fun with your friends.

How to dye or stain a leather armor in Minecraft ❯

add a comment from How to teleport in Rust: the best tricks to use in Rust