When we hear the word Nintendo is to remember our childhood, a childhood gold for many and for those people born in the eighties or nineties, where they spent hours playing in the company of their friends or brothers. Who does not remember classic games like Super Mario Bros, The Legend of Zelda and many others that have left us unforgettable days in front of the television.

But that's not all, as Nintendo has developed over the years new video games with new themes, and this is where Bandai Namco Games company develops the incredible Super Smash Bros Ultimate. A crossover fighting game that includes several characters from the Nintendo franchise, such as Mario and Link.

In this post we will talk about how to use helper objects in Super Smash Bros Ultimate. Read on and find out more.

What is Super Smash Bros Ultimate?

This amazing game has more modes than game, including the adventure mode that you have to devote hours of games to finish it, the offline multiplayer mode to play with friends at home and the online mode to compete with users from other countries. 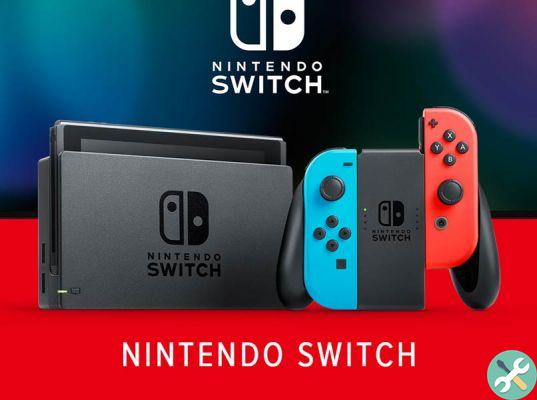 But it's not a fighting game like any other, as its gameplay is unique and varies mid-game. To get the victory you have to compete against a variety of fighters that will appear on the same platform, and support items that will appear and pokemon, which give a slight advantage if they know how to use them correctly.

On the other hand, this game has a total of 83 unlockable characters and 6 DLC characters that need to be downloaded, which is why you need to update to the latest version of the Nintendo Switch console. And in this way you can enjoy the additional content.

How to use support items in Super Smash Bros Ultimate

When it comes to fighting in Super Smash Bros Ultimate, everything is allowed, the use of weapons and any object that appears on the video game screen can be practically used ; including pokeball and guest star of other console exclusive games.

But how can I use an object?

If you want to use objects like the hammer or a pokeball, just position yourself correctly on any gadget that appears on the screen and press the attack button. This will select an item that you will need to strategically use in battle. It depends on how much health you have and what powerful object you have in your hands.

Each item will have a unique effect on the opponent, some are weapons, other consumables to give you improvements for a short period of time, which can affect your character or the rest of the players. 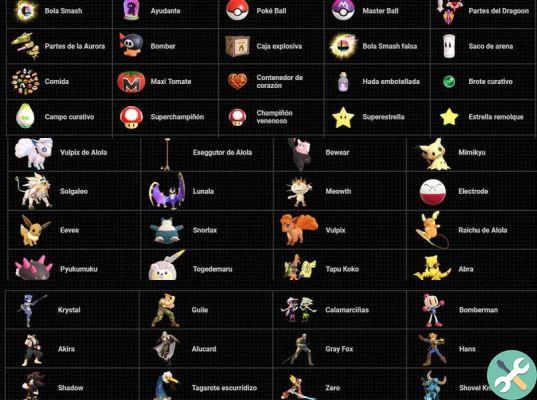 In addition, summoning a pokémon will be of great help, since it will fight on your side for a short period of time, managing to inflict damage on other players. We can't forget the majestic balls that summon a pokémon even more powerful. These rarely come out though.


And finally we have Smash's helpers, they are fighters who are integrated into the game as an extra member of your squad. That will have a specific effect during combat and these summons are for a limited time.

If you are a lover of exclusive games from the Nintendo brand and would like to have more than one account to be able to play other games. Find out how to have two Nintendo Accounts to play Mario Kart Tour and other games.

On the other hand, it usually happens that your Nintendo Switch console freezes, freezes, becomes unresponsive and does not shut down, it is very common for this to happen after some use. That's why you should be aware of how to fix this common problem on these consoles. And that way you can enjoy this excellent delivery with your friends.

How To Use Enchanted Books In Minecraft How Many Types Are There? ❯