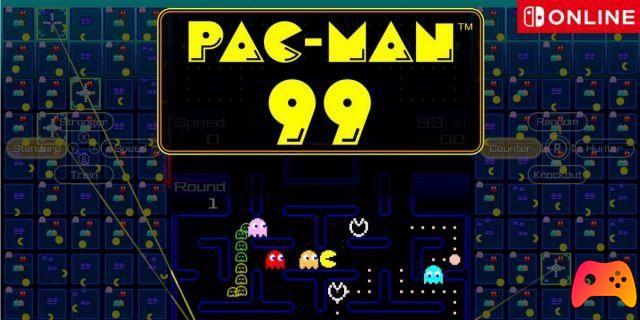 Here's everything you need to know about the new Nintendo Switch title, along with some tips to improve your results.

Pac-Man 99 is the new battle royale exclusive for Nintendo Switch and for Nintendo Switch Online subscribers: as in Tetris 99, players have to contend with other 98 opponents, challenging each other following the classic structure of the famous Pac-Man.

Didn't you understand what all the functions of the game are? Don't worry, in this guide we will explain everything you need to know about Pac-Man 99, along with useful information to get to the top step of the podium more easily.

For those familiar with the original game, it will not be difficult to get used to the structure of Pac-Man 99: the game screen is in fact made up of a labyrinth full of dots and patrolled by Ghosts of different colors, which lead to the game over if they enter contact with Pac-Man. You can then choose whether to escape or collect one of the four Energy Balls placed on either side of the maze, which make the Ghosts vulnerable for a short amount of time - shown by an indicator that appears in the center of the screen - allowing Pac-Man to swallow them in between. its yellow maw.

Compared to the original game, the novelties are mainly three: 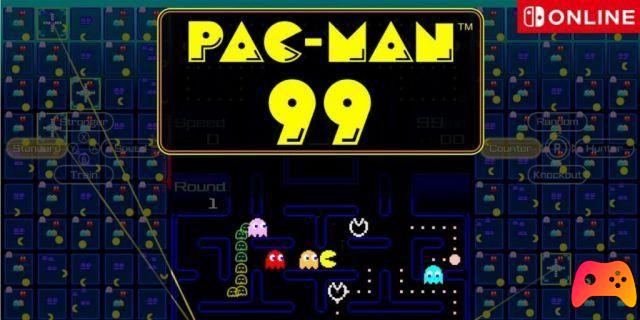 The aforementioned fruits are not only useful for getting rid of the red Pac-Man Ravagers, but also for restoring all four Energy Balls and Sleeping Ghosts on the screen. However, you need to be very careful: eating a fruit means advancing rounds, which increases the speed of the Ghosts and changes the duration of the Energy Balls, making it even more difficult to survive the other 98 opponents and become the winner of the game.


On the left side of the screen you can see a list of four options, which can be selected using the main buttons on the console. These indicators allow you to decide what happens to Pac-Man when he swallows an Energy Ball. Let's see in detail what they mean and what their purpose is: 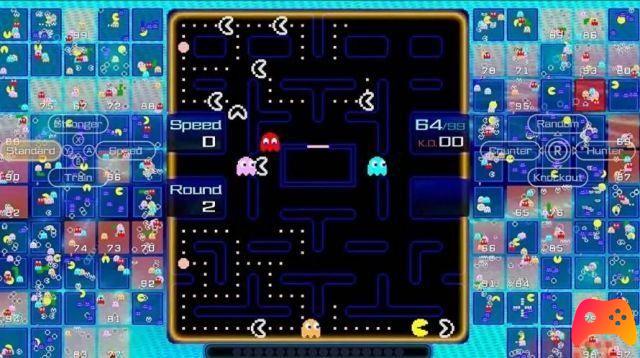 At the same time, during the game you have to resist the opponent's attacks as long as possible, also trying to put them in difficulty. With the right analog you can decide which of the four options to select: 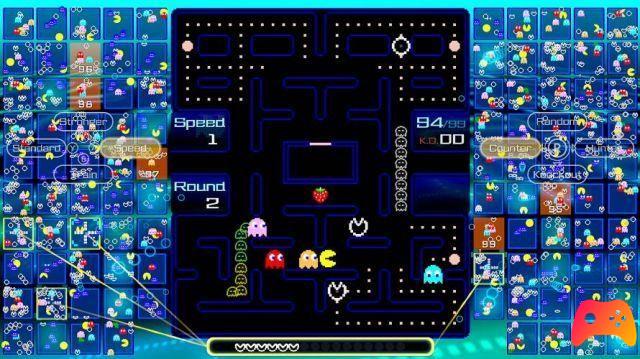 While it is difficult to identify a unique tactic that will be effective at all times, it can be useful to start with the Speed ​​option, trying to clear the screen quickly to increase the overall speed, which will then allow you to escape when the maze is populated. by numerous dangerous creatures. It is important to emphasize that the game changes dramatically if you manage to clear the screen of dots, which is speed up (indicated by the counter on the left) making it more hectic; Furthermore, turning corners with the right timing can provide a useful sprint (if the timing is correct, small “sparks” appear on the screen during the turns).

When you decide to attack, it can be extremely profitable to use Train in combination with Counterattack, to create very powerful combos. Is critical minimize the use of fruits (which increase the round and therefore the difficulty) and it may finally be useful to use the two side tunnels, which do not change the speed of movement of Pac-Man but slow down that of the ghosts, allowing you to breathe and to be able to find an opening for the escape in difficult situations. 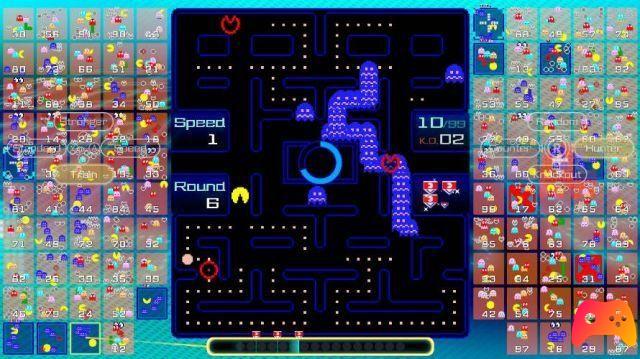 Did you find this guide useful? Please let us know what your achievements are on Pac-Man 99 and if you have already made it to the top spot.

Do you want to be an expert and know all the tricks, guides and secrets for your video games? Epictrick.com is a group of video game enthusiasts that want to share the best tricks, secrets, guides and tips. We offer the best content to be a source of useful information, so here you can find guides, tricks, secrets and tips so you can enjoy your games to the fullest. Are you ready to get all the achievements of that game that you resist so much? Enter and enjoy your favorite video game to the fullest!
Panasonic launches 2-in-1 "Toughbook 33" ❯

Fall Guys: Ultimate Knockout - Get the Among Us skin

What are Guard Ranks for in Destiny 2

Add a comment from Pac-Man 99: complete guide to battle royale