Only a few days separate us from the launch of Shin Megami Tensei V, one of the strongest brands ever of ATLUS, which has decided to celebrate the event with a launch trailer. The trailer puts the main character wandering around Da'At, a post-apocalyptic Tokyo in ruins, under the magnifying glass, where Ours merges with Aogami to form Nahobino and fight the demons. 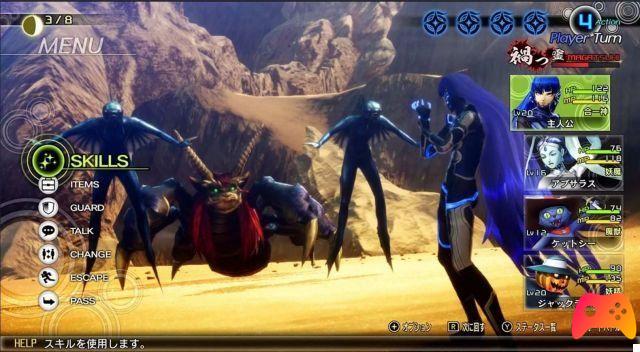 Because of the war between angels and demons, Da’At it is mostly a wasteland. The protagonist will have to fulfill his task, which is to make sure that the same destruction does not reach his world of origin, supported by his allies. As usual in every Shin Megami Tensei, even the demons will be able to join our cause, fighting for us thanks to negotiations. There will be more than 200 demons in all Shin Megami Tensei V, to be merged with each other to create more powerful versions. Shin Megami Tensei V will be released on 12th November worldwide, only on Nintendo Switch. A dedicated stream will be held on November 10 instead. We leave you, therefore, to the launch trailer of Shin Megami Tensei V.


Do you want to be an expert and know all the tricks, guides and secrets for your video games? Epictrick.com is a group of video game enthusiasts that want to share the best tricks, secrets, guides and tips. We offer the best content to be a source of useful information, so here you can find guides, tricks, secrets and tips so you can enjoy your games to the fullest. Are you ready to get all the achievements of that game that you resist so much? Enter and enjoy your favorite video game to the fullest!
Sifu: new gameplay trailer ❯

The Sinking City available on Xbox Series X and PS5