The 11 best alternatives to Microsoft Flight Simulator on Android

Many people dream of becoming airplane pilots when they grow up. However, not everyone ends up achieving this, for whatever reason. However, you can always feel what it feels like at the controls of a plane with 11 games like Microsoft Flight Simulator for your Android mobile.

Microsoft Flight Simulator has revolutionized games, thanks in large part to its realistic graphics and mechanics, which manage to convey the feeling of flying a real plane. A title that is not available for Android and iOS devices, but you can always try the different alternatives of android airplane simulator available for your smartphone. 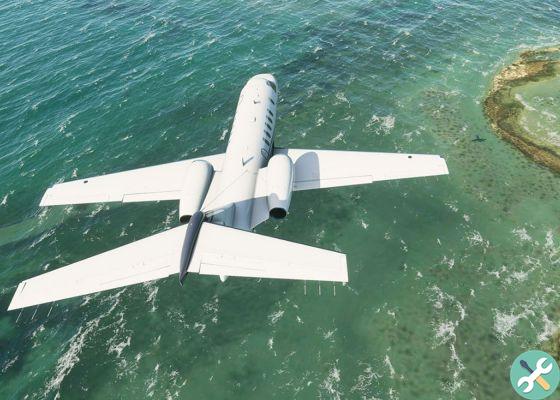 Microsoft Flight Simulator, one of the best airplane games.

In this list you can find games available for Android, but also some that can be installed on Apple iOS devices. If you've always wanted to experience what it means to fly a plane and want to do it without having to leave the house, feel free to try these android games similar to the popular Microsoft Flight Simulator.

Infinite Flight is one of the most popular airplane simulators on mobile devices. An ideal title for both beginners and experts with which to explore the landscapes of the world in high definition with different types of aircraft, which the user can choose to adapt to each flight. You can also choose both time of day, aircraft weight settings and weather conditions. It also has a Infinite Flight Pro subscription which offers a more complete experience.

AIRLINE COMMANDER is another of the most realistic flight simulators currently available for Android and iOS. It is a simulation title that allows you to everything, from drive a plane the creation of routes between airports or the creation of an airline, among other features. Among other features, it also stands out for having realistic controls, rather complex game mechanics and for being able to show traffic in real time, among other details.

Turbobrop Flight Simulator 3D is an interesting game of 3D flight simulation that puts you in the shoes of a pilot of large military cargo planes. A title that offers 3 training missions based on the basics of piloting, taxiing, take-off and landing. It also offers 23 miscellaneous missions and 9 more missions that will come with different updates. You can also enjoy free flight mode games to hang out with realistic simulation and beautiful 3D graphics.

RFS - Real Flight Simulator offers the possibility to live a flight experience with which cross any corner of the world, explore scenarios and visit airports with high resolution graphics, satellite maps, 3D buildings, procedures and air traffic. Plus, you can always merge flights in real time, chat with other pilots and customize planes, among other features. A game that can be downloaded and installed for 0,99 euros. 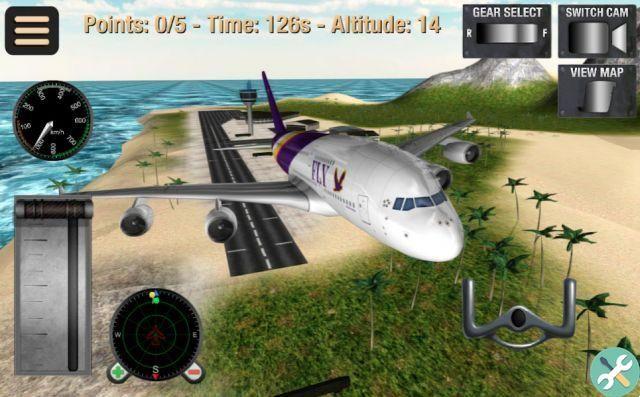 Flight simulator, another interesting alternative to feel like a pilot.

Flight simulator is a game available for Android devices that allows you to become a pilot and fly a commercial plane to different destinations. In this game you have to orient and steer a plane through all the waypoints to make sure that reach the correct destination and land at your destination airport within the estimated time frame. A title in which you will also have to make the vehicle take off and land, even park it. 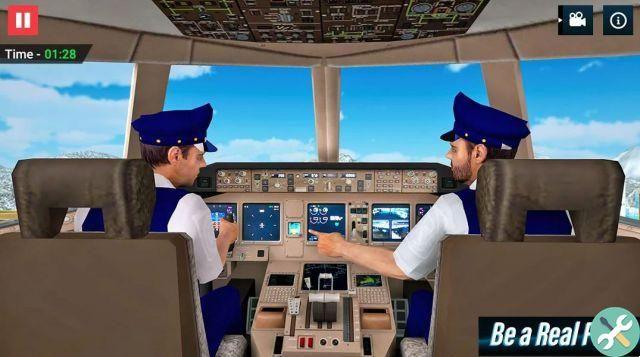 Flight Simulator 2019, another game with which to fly a plane.

Flight Simulator 2019 is another simulator available for Android and iOS. Unlike the rest, it does not have realistic graphics, but offers controls almost similar to those of a real pilot. You can also learn about how an airport and flights work. Among other details, it has a wide selection of aircraft to choose from and all are piloted differently.

Horizon Flight Simulator is a free game that allows you to experience what a driver feels in his daily life. A game that offers 24 different missions, a wide variety of realistic planes which can be customized, six real-life scenarios and more than 20 airports, simple and intuitive controls and an open map to explore with a free mode, among other details. 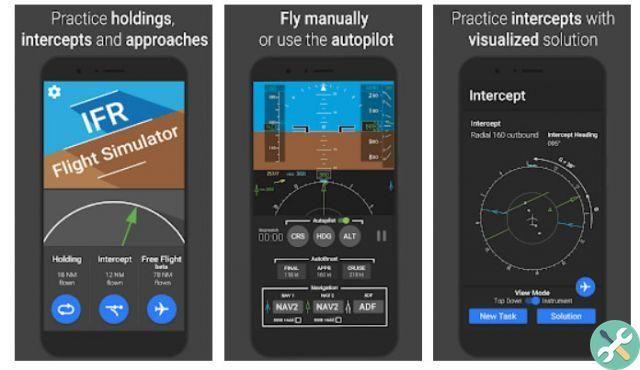 
IFR Flight Simulator it's a different and more professional option. This game is free to download for Android and is based on international aviation standards, so if you are preparing to become a professional pilot, it can be of great help. The app shows all the items that can be found in a cabin and has become one of the most professional simulators available for mobile phones. 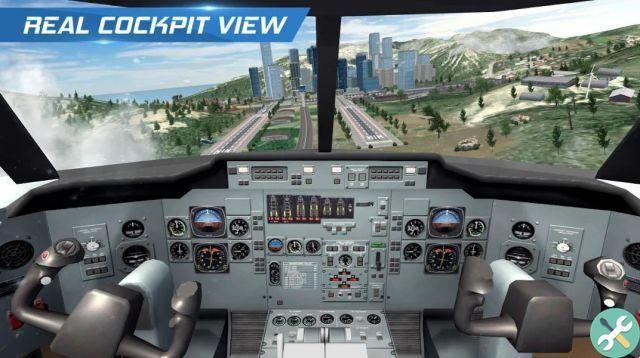 Airplane Flight Pilot Simulator is a simulator of open world realistic extremely detailed. With it you will be able to explore landscapes and airports in high resolution with satellite maps, see buildings in 3D, visit runways, learn about air traffic, weather conditions and real volumetric clouds. You also have a wide range of different missions with which to become a professional pilot.

X Plane Flight Simulator is a game that allows you to experience cockpit flights in 3D and with a large level of detail, such as the number of buttons, knobs and switches found in them in real life. You can also see the different working indicators, flight displays and more. On the other hand, it offers a subscription with which to unlock global scenarios and with which to access more than 37.000 airports and hangars. 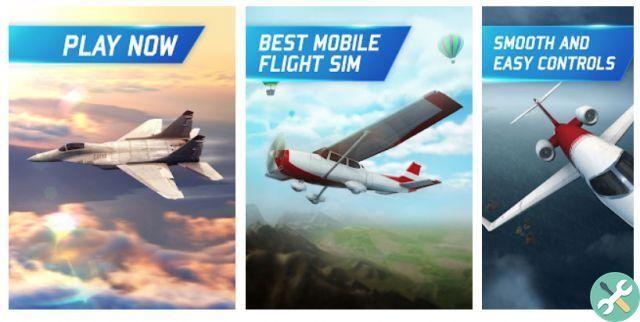 Flight Simulator 3D allows you to freely fly a plane e conquer the skies. A title that stands out for having highly realistic 3D graphics, fantastic animations, difficult and challenging missions, a wide variety of realistic aircraft - such as fighter or passenger aircraft -, easy and intuitive controls and a huge open map.

The 3 best attitudes for the character at Call of Duty Multiplayer: Mobile ❯