The best alternative games to Cyberpunk 2077 for Android

While it is possible to play Cyberpunk 2077 on Android, not everyone is willing to buy a game whose initial reviews weren't exactly positive. Fortunately on Google Play we can find alternative games to Cyberpunk 2077, with aesthetics or mechanics similar to those of the latest CD Projekt Red title.

They may not have been in development for more than five years as Cyberpunk 2077, but if what you are looking for is killing the futuristic aesthetic bug and you only have your mobile at hand, today we bring you some of the best games that you can download on your Android.

The best games similar to Cyberpunk 2077 for Android

Before delving deeper into the alternative games to Cyberpunk 2077 downloadable on Android, it's worth mentioning that the Play Store has been flooded with fake Cyberpunk 2077 games and apps that you should keep away from your mobile unless you want trouble.

For this reason, in this selection we choose only real games from trusted developers. 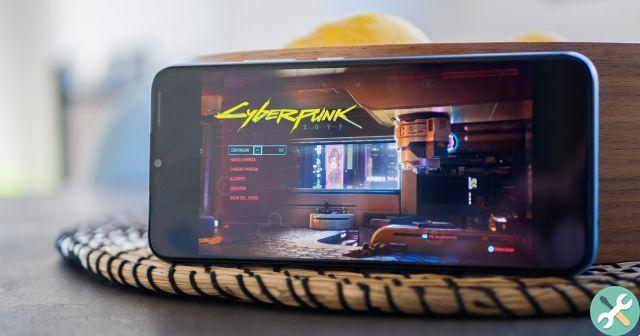 Cyberpunk 2077 is not on Android, but you can find many alternative games on Google Play.

Probably the game most similar to Cyberpunk 2077 of all those who make up this list.

Cyberworld Online is a open world multiplayer role-playing game set in a futuristic world, in which we will explore the streets of a large city full of traffic and pedestrians. 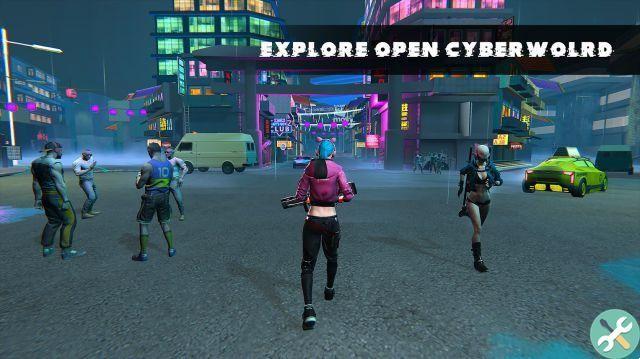 Cyberworld Online, one of the best games similar to Cyberpunk 2077 for Android.

The game offers us games 8 against 8 players in a 3D world with beautifully crafted graphics, a wide variety of weapons and vehicles and, of course, the ability to customize our character.

Another title that inherits the strana feature of the game created by CD Projekt is mindcell.

It is a third person adventure game, where we play a protagonist condemned to become material for scientific experiments. Your mission will be avoid it by all means, remembering how did you get here.

Mindcell has a well developed story, good graphics and easy to use controls. It's not free, yes, because it has a price of 2,29 euro

If you prefer a game by action and platforming set in a futuristic world full of neon lights, In Mirror is one of the best options you will find in this selection.

With 20 different levels, this game set in the year 2076 challenges us to overcome all the obstacles scattered throughout the game and to destroy the enemies to discover the best hidden secrets of a megacorporation called Mirror.

In this game, you have to become one of the main members of the Elite Enforcers by participating in missions that will eventually lead to the salvation of the world.


EXILES offers us one graphics 3D in a futuristic style, with weapons, vehicles and monsters of all kinds.

From the hand of the Chinese giant NetEase Games comes Cyber ​​Hunter, a first-person action game with 3D graphics, which gives us the ability to participate in multiplayer battles that combine parkour and weapons da fire to provide hours of fun. 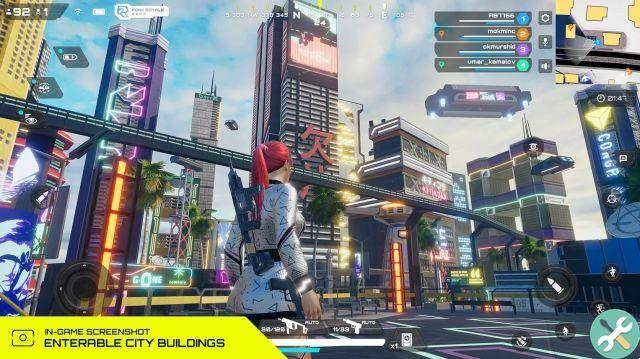 Another title that brings the essence of Cyberpunk 2077 to mobile phones is Punk Royale 2052, a battle royale inspired by the CD Projekt game that brings us on Ocean City Island via a private jet.

Once there, we will have to fight with the rest of the players using high-tech weapons, on a map with buildings we can access. As we win games, it will be possible improve our character through cyber benefits that can be applied in real time during matches.

Neon Shadow is another Cyberpunk 2077 inspired first person shooter, in this case with graphics that are not really evolved, but with fun mechanics.

The game includes several multiplayer modes, including the classic team mode. To date, it already accumulates more than a million downloads in the Google Play Store.

Whispers of a car

Whispers of a Machine è a Nordic science fiction game of the detective genre, whose mechanisms have little to do with Cyberpunk 2077, although we find some similarities if we analyze the universe where the story takes place.

It tells the story of Vera, a special agent with cybernetic enhancements who is tasked with investigating a series of murders, committed by a group of fanatics trying to create a super-intelligent artificial intelligence.

The best anime-based games for your smartphone ❯