Wanaka Farm is one of the newest titles in NFT games for those who are fans of the game to earn games. This game is a flow of fresh air compared to games like Axie Infinity or Plant vs Undead; since it does not use clashes to gain player benefits. Wanaka Farm offers an environment that merges simulation with blockchain and cryptographic elements.

What are the main features of the Wanaka Farm video game?

It is a video game to earn money whose ecosystem simulates life on a farm. In Wanaka Farm the main focus is the production, construction and trade of digital land by the players; who pretend to be peasants.

In Wanaka Farm, players will have to perform all tasks corresponding to a farmer; to get rewards once each task is done, in the same way as the gardeners in Plant vs Undead. Players must build a custom farm ; in which they will have to prepare the ground for the harvest of different fruits or vegetables according to the user's preferences. 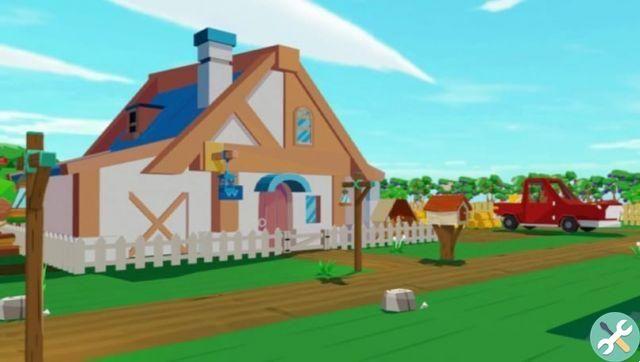 In addition, the player must also raise different animals, choosing from various breeds; and produce new products from others to market them in the gaming market.

Any sale that the player makes or any task he performs for the owner of a land, or for his own; It will allow you to make a profit in the form of correspondents coin of the game: WANA and WAI. A feature that has been compared to other games of the same type, such as the use of this technology in Axie Infinity.


It is in this section that Wanaka Farm is associated with the Blockchain environment and non-fungible NFTs or tokens. Then to the Wanaka Farm it is essential to optimize processes ; to get as much profit as possible from each production item on the in-game farm. 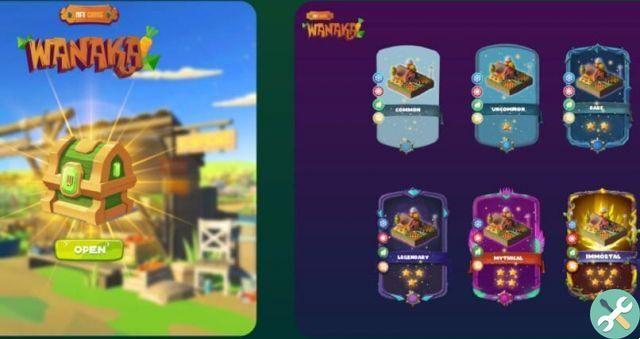 How do Wanaka Farm trade and earnings tokens work?

Each Wanaka Farm token plays a specific role in the game's ecosystem. But both tokens are for keep the internal economy of the game constantly active and of each player.

This is the main token of Wanaka Farm and is essential for becoming a user of the game. WANA is used by players for carry out transactions in the gaming market and in the different events available. The WANA token can be acquired via the PancakeSwap exchange platform; as developed by the Binance Smart Chain.

This Wanaka Farm token is used exclusively to reward players for each successful task. WAI is also used as currency that the player needs to acquire the necessary tools for the production of the land. As well as for the breeding of animals and the improvement of the elements in the Wanaka Farm.

Unlike the WANA token; WAI token is not available for purchase outside the Wanaka Farm game environment. So you also don't need to be a part of the game. 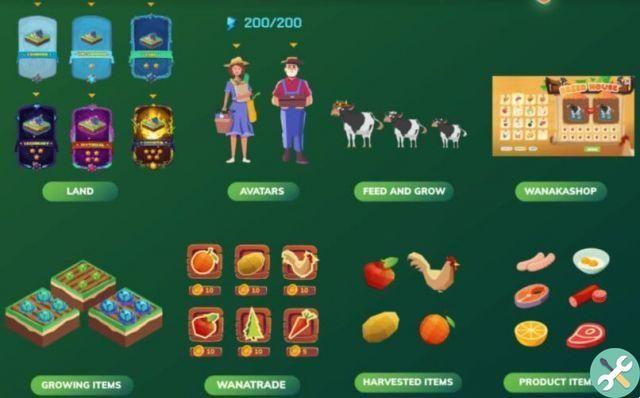 What components make up Wanaka Farms and how do they work?

Wanaka Farm has an environment that essentially represents production on a farm. So the game covers every essential aspect of a farm in the real world ; and it also includes some extra features to offer a more complete experience.

Lands are the primary element of the non-fungible token (NFT) within the game; since it is in the land where users will be able to carry out the various activities within the farm. The lands of Wanaka Farm they have a different kind of rarity: common, uncommon, rare, legendary, mythical and immortal; a feature that increases production speed and profits.

Although this rarity attribute is usually compared to lands in Plant vs Undead; in Wanaka Farm in addition to the rarity attribute, the lands they can be of up to four different types. So there are Basic Lands, Lake, Forest, and Sea Lands. Each of which can be leveled by the player; to increase collection space and production profits. 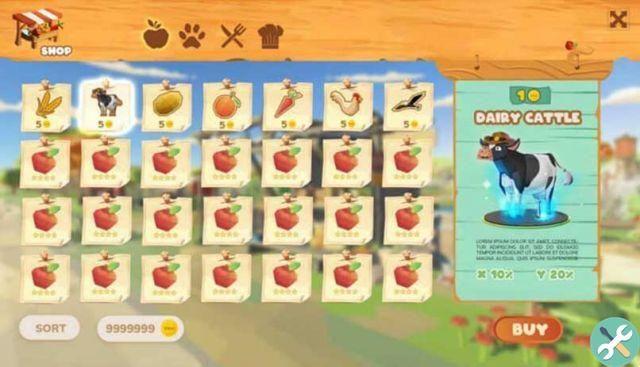 Hence, the climate change that accompanies the spring, summer, autumn and winter seasons; It will also affect the player's production on the lands he owns. As there are some products that can only be grown during specific seasons.

In Wanaka Farm there are daily energy limits to make in-game production. The player's energy bar will be consumed while performing activities in the game. Except for the action of walking, activities such as preparing the land, gathering and feeding animals, to name a few; lead to energy consumption.


This is the factor that limits the production in the game ; since it doesn't matter how many lands a player has but what the daily energy limit is. However, this allows those who do not own land to reap benefits; carry out the activities necessary for the farm owner when energy runs out. 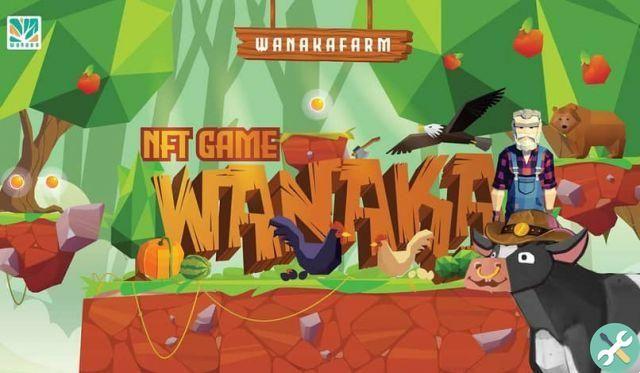 The resources that exist within Wanaka Farm are NFTs; each of which represents the elements necessary for the players to be able to perform the different tasks in the game environment.

The first of these assets the player comes into contact with is the "Seed Item". They can be purchased in the official game store and in the game's internal market, for use in land production. The seeds can be basic or genetically modified ; a factor that defines the benefits of production.

There are also elements that need to be developed over a certain period of time in the game; like animals and plants in their growing period. These assets are classified as 'Collected Items'; and they can even have three levels before they reach development and can be commercialized. 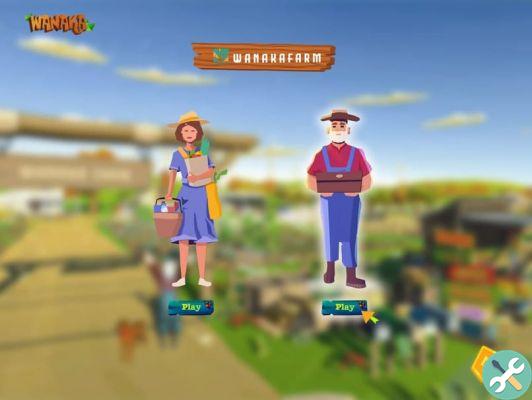 In relation to this latter aspect, when a good is already obtained or collected, is classified as 'Collection'. These Wanaka Farm resources can be used by players to complete daily missions. In addition, they can be used for the production of more complex elements, as well as for trade in the game.

Finally, any resource in Wanaka Farm that is used to manage or customize the farm or lands is known as a 'buildable item'. They can be fences, poles or roads and some of these goods are limited during the festive periods of the year; as in the case of Halloween, Christmas and New Year.

These are markets that players can access in Wanaka Farm. The Wanatrade market is used by users to make buy and sell transactions in the game. Any asset owned by a player can be traded on this market; where the WANA token is used.

In the case of the Wanashop market, it is the Wanaka Farm official shop within the playable environment. In Wanashop, players can acquire resources, any resources they need, using the WANA token. 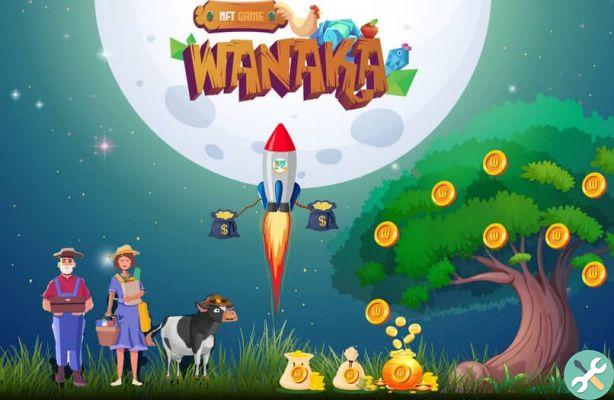 Brending House, also called the House of Ash, is where the players go they can create new seeds or races ; crossing two collected objects (animals or plants). However, not all crosses are valid, so success will depend on whether or not the elements are compatible. Furthermore, each voyage the player wishes to make will have a certain WAI token cost.

The Production House, or Production House; is the place on the Wanaka farm where i players produce a "production item" from a "collected item". Therefore, from a cow the player could get various goods such as milk, meat or butter.

In addition, in Production House you can also make blends between different collected objects, using recipes. Whenever the player wants to make the production of a new item; you will have to cover the cost by using the game's WAI token.

Seeds are the first resource of Wanaka Farm that a player can use on their own land. The seeds can be purchased in the Wanashop shop, whether they are classic or genetically modified. Additionally, the player can create new types of seeds by crossing two species in Brending House.

When the seeds are sown in the ground, they give rise to game plants. Depending on the particular species, the plant can have from one to three levels of development ; before finally becoming compatible with in-game production.

What are the ways in which Wanaka Farm can be played?

The essential element to be able to play WanakaFarm are the lands. Land in the game is essential for producing any marketable good.

This is the most beneficial way to play Wanaka Farm and the player who acquires a land is known as a landowner. When Wanaka Farm was liberated, 15.000 basic lands were sold in their entirety; so you have to wait for new rolls from the game to be the owner of a piece of land.

Wanaka Farm users who do not own land can rent one owned by another user; after reaching an agreement that both arts consider beneficial.

In this type of game, users who have rented land can produce any good on it; for the period of time agreed between the players. A after this period of time has elapsed, the land is again out of reach of the rented player. 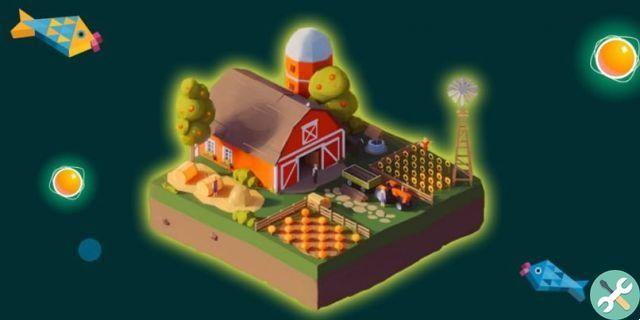 What does it take to join the Wanaka Farm community?

The requirements to be part of Wanaka Farm are minimal; and beyond a certain investment, the user will only have to have time to register and enjoy this game to earn game.

To get a Wanaka Farm account you need the user purchase a minimum amount of 60 WANA tokens. To get this token you can access the official PancakeSwap page; and then make the corresponding change via a Metamask or Trust Wallet. Use of the Binance Smart Chain network.

Once the required amount of Wana tokens has been acquired; If you want to be part of the community of this game, you have to go to the official portal of Wanaka Farm. Once there, you will have to enter your account address to be part of the game.

The land of Wanaka Farm has been sold in its entirety; and until the developers of the game release a new land pack, it will not be possible to get a land. On the other hand, a land will be assigned by default to new players who join Wanaka Farm.

However, this won't be free; rather, the player will have to invest a certain amount of WANA to be able to produce in this field. It is then necessary that the so-called parcel elements be acquired; of which a minimum of 4 plots is required.

Currently, Wanaka Farm it is compatible with PC only, regardless of the operating system it owns; as the game is entered via a browser. In the case of iOS and Android mobile devices; The game's developers have indicated that Wanaka Farm would be available for the first quarter of the year 2022.

In addition, a version of the game for augmented reality (AR) and virtual reality (VR) is also under development. A version for the PlayStation console is also planned.