Where do i find the Axie Infinity card explorer?

To find the Axie Infinity card explorer you need to go to the Axie World website. This is one convenient and easy to use platform with a variety of languages, such as English, Spanish, Japanese and Korean, which allows you to help a much wider Axie audience from different parts of the world.

There you should look at the top of the screen, where it shows you the buttons with all the sections it has and you should go to Tools. Once loaded, you'll have to scroll down the screen until you find Axie's card explorer.

In Axie World you will find also games, support guides, other tools such as a calf calculator and much more information. It also shows you the official Axie Infinity market so you can make your Axies and Lands purchases.

Despite this, this page is not an official representative of Axie, although we must recognize that it is useful in many respects. 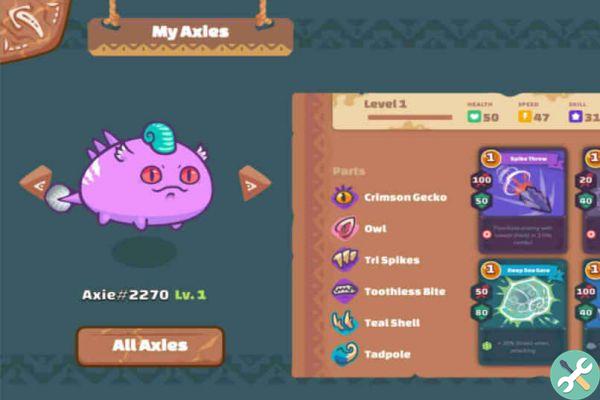 How do you use the Axie Infinity card explorer?

As we have already said, the Axie card explorer is very easy to use. you can find all the cards in the world of Axie Infinity, with the respective information in both English on the front and Spanish on the back of the card.

They can be searched verbatim by name or filtered by class (beast, aquatic, plant, insect, bird or reptile), by energy, body part, skills, forms of attack, as well as by level of attack or defense.

This way you will know everything that the cards contribute and how to use them in your battles to make the most of them.


Is there any way to know how many cards a class has?

By locating yourself in the card explorer and filtering by class only, you will be able to see all the cards that each of the six main classes of Axie Infinity possess, as the secret classes (dawn, robot and darkness), they don't have their own cards.

What information do you see on a game card and how do you know if it's good or bad? 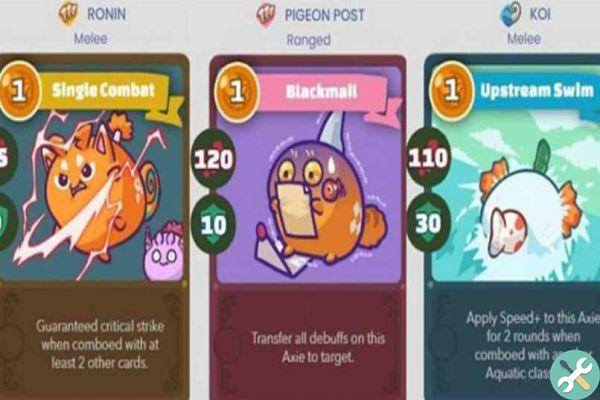 As you may have noticed by now, Axie's cards have three numbers. One at the top, next to the card name and two on the left side. These numbers indicate, in the order listed below, the energy it consumes, the damage it generates, and the shield that each attack provides.

The contribution of benefits or drawbacks depends on the Axie class and the class of cards they use in Axies battles. We can explain it to you as follows:

The card not only shows the amount of damage it can cause, but even the debuffs they generate, both on the attacker and on the receiver of the attack.

For example, we have the Bird card called Broken Heart, it consumes an energy, deals 120 damage, and has a shield of 20. Also, it applies to the least morale opponent for the next two turns.

But some cards don't just deal damage to the enemy, so you have to read the information they have very carefully before choosing them. And there is a lot more to consider.


Bird is strong against the Beast, Insect and Robot species, so applying this card against this type of Axie will cause an additional 15% damage. However, he is weak when he faces Reptile, Dawn and Grass, so the damage in his attack will be 15% less than what the card says. 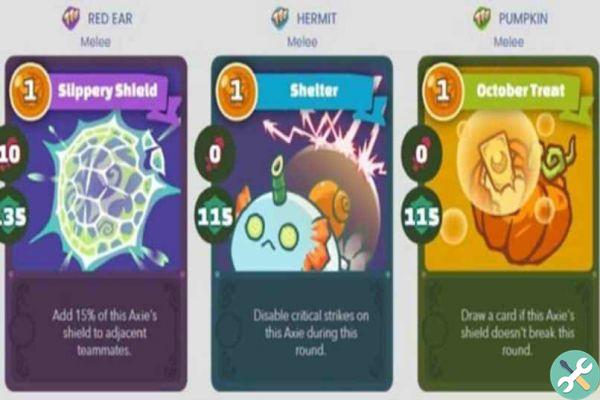 Shield can be defined as the health / health the Axie receives for each card. As we have already seen in the Broken Heart card, she contributes 20 shields. And this will be increased by 10% if the card and the Axie are of the same class.

These values ​​(energy, damage and shield) can change, increase, decrease or disappear, depending on each card. And in some cases, the cards carry debuffs to the same Axie who uses them, another reason you need to learn about them before heading into battle.

What happens when you have a card at the maximum level in Clash Royale? ❯

add a comment of What are all Axie Infinity cards and what are each for?