Why won't Steam open or launch games for me on Windows 10? - Final solution

Steam is one of the best gaming platforms out there. This is mainly due to its large catalog and all the functions that its interface has. However, not all can be rosy, and that is why today you will learn why Steam does not launch games in Windows 10?

There is nothing more frustrating for a player than not being able to launch the game that has been waiting for so long to download or play, this feeling of frustration can even turn into anger, but to avoid it, this tutorial, what you will show next is your lifeline. It should be noted that the following you will read is not used to restore damaged or corrupted Steam games, it is only for starting good games.

Before we get started with the guide that will help you fix Steam not launching games in Windows 10, you need to keep in mind that there are many factors why this can happen, so today you will be given several general solutions that should put an end to the matter.

The first of these is the simplest, but it is still effective, what you have to do is open the "Windows Task Manager", inside it, search for any Steam related process and finish it. 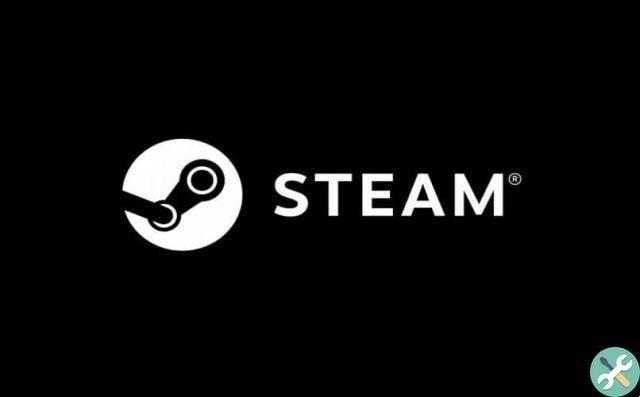 It should be noted that these two previous processes also serve to speed up and increase the download speed of Steam, so you should also run them whenever you need them.

One of the most common problems for which Steam games won't open is the fact that you don't have a new version of the program or Windows 10 itself.

To verify that Steam is in its latest version, you need to go to the "Steam" section, then to "Check for updates", there you will be notified the version you have and if there is a new one, in the case of Windows 10 the same PC should notify you.

Many users of the platform have reported that connecting the router directly with an Ethernet cable to the PC ends the problem where Steam does not launch games in Windows 10.

This is because the Steam client does not enter the network in the same way as the browser, so there can sometimes be interference with the router you use. Other than that, whenever this problem occurs, you should also check it server status Steam, because the problem may not be yours.

Antivirus and other annoying programs!

In many of the cases where Steam does not launch games in Windows 10, the problem is due to the fact that there is a program on your PC that affects connectivity with the network, to fix it you have to remove programs or give necessary permissions to run Steam.

The programs that usually interfere are the antivirus, since these affect the connection by detecting some games which use copy protection as malicious, so if you skip the error, you will have to disable your antivirus or delete it (in case you can add permissions to Steam you can too).

Another striking program is VPNs, because they prevent the client from entering the server, to solve the problem with them, you just have to disable them or add Steam transit permissions (it is better to disable).

Finally, so that you can finally put an end to your problem e you can continue to investigate other things on this platform like the process to share games via steam, all you need to do is clear the cache, you can do this by going to the C folder: Steam program (X86) files and deleting appcache.

Why is everything in Minecraft square or like pixels? - Know the answer ❯

add a comment from Why won't Steam open or launch games for me on Windows 10? - Final solution