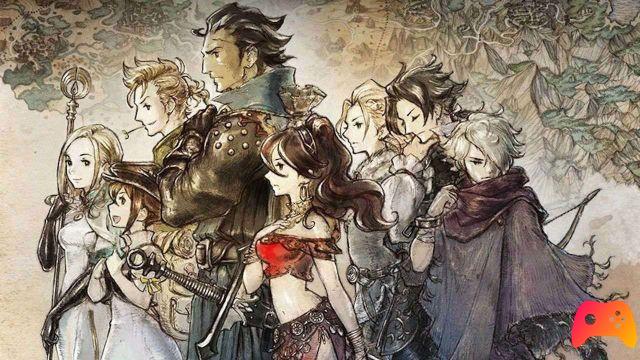 Octopath Traveler will allow you to choose which of the eight characters available to start the adventure with. Once the first chapter of his story is complete, the character will be free to explore the world and enlist others in the order he prefers, so the choice of the starting character will not affect the long-term future. 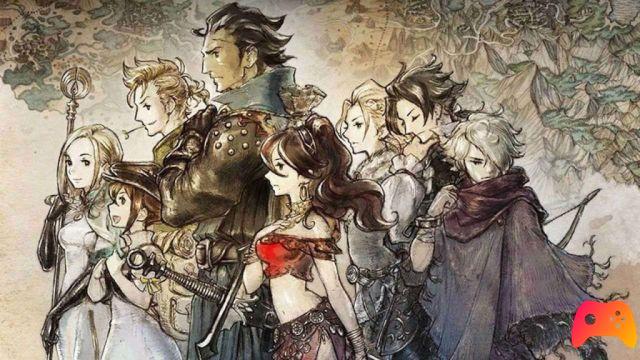 However, there is an important factor to keep in mind for his choice: the first character will be considered the "main protagonist" and can not be removed from the party. It is therefore good to choose a character who is useful in every moment of the game, someone who is unlikely to want to change with another. Below we offer a generic description of the characters to get an idea of ​​their characteristics and choose: 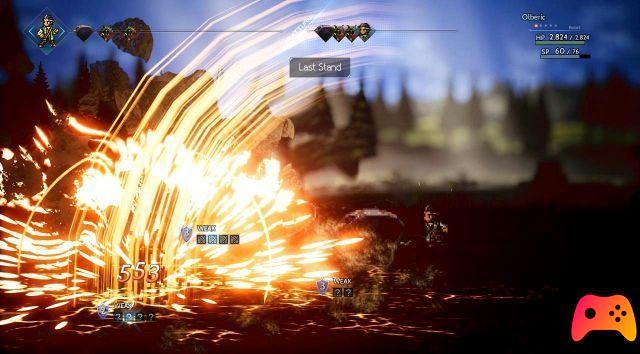 From this list, you can decide which character best suits your play style. On a personal level we would like to recommend the following:

Therion: it is sufficiently balanced and always useful in battle thanks to its offensive abilities. As you explore the world and dungeons and come across a purple chest, you will be grateful for having it in the party and being able to open it right away, instead of being forced to return later. Robbing NPCs in cities will save you a lot of money and get equipment that is sometimes not available in normal shops.

Olberic: For better or worse, it will always be convenient to have at least one physically strong character in the party, and no one hits like Olberic. Although his abilities are not very eclectic towards the rest of the party, he is still the perfect element to bring down the HP of monsters and bosses, especially in the Dominion phase. And his propensity to defend his teammates, combined with his excellent physical defense, will save you more than once.

H'aanit: he is one of the most balanced but at the same time efficient characters in the game. Has good strength, defense, and speed stats, wields two weapons and a lightning spell (not powerful but useful for hitting any opponent's weakness). It also has some useful skills for gaining additional turns at the expense of enemies. He doesn't have healing spells, but he can rely on creatures he can capture, and some of them can heal or cast offensive spells. In this sense he is the most versatile character in the game, although after a certain number of summons the creatures will go away. Finally, it must be considered that in the most advanced stages of the game it becomes one of the most powerful, if you have the patience to capture the right beasts.

Ophilia: similar speech to Olberic, you will always need a party curator, and Ophelia is the best at that. Dedicating her to repetitive care during particularly tough boss fights will save you from numerous worries, as long as you keep an eye on her AP. Yes, it is true that from an offensive point of view it leaves a lot to be desired (except against weak enemies to light attacks, in that case it will become your main caster), but it can still do its part by summoning an NPC.

► Octopath Traveler is a JRPG-type game developed by Acquire and published by Square Enix for PC and Nintendo Switch, the video game was released on 13/07/2018 The version for PC came out on 07/06/2019
Octopath Traveler is a beautiful game that cannot be missing from your collection: we have decided to evaluate it with a 83%, if you are interested in learning more you can read the Octopath Traveler Review

How to get Celebi in Pokémon Ultra Sun and Ultra Moon

Uncharted 4 - How to Defeat Rafe

Dark Souls where to farm souls

How to get Fobos liveries in Assassin's Creed Odyssey

Add a comment from Choose the starting character in Octopath Traveler