Comparison between New World and other current open world MMOs

New World has been around since its launch, enjoying great success and rave reviews in many ways from the MMORPG community. Maybe you have heard about it from a friend, but you still don't know if it's how they tell you, in this article we will give you some information on this topic.

What makes an open world MMO so successful?

New World is a MMORPG, which since its launch on the various platforms in which it is available, had a great success, reaching in its first weeks the reach of 700 thousand users who simultaneously logged into its servers, a figure that made it the fifth most successful game on the Steam platform, surpassing the peaks of activity of games like "Valheim". 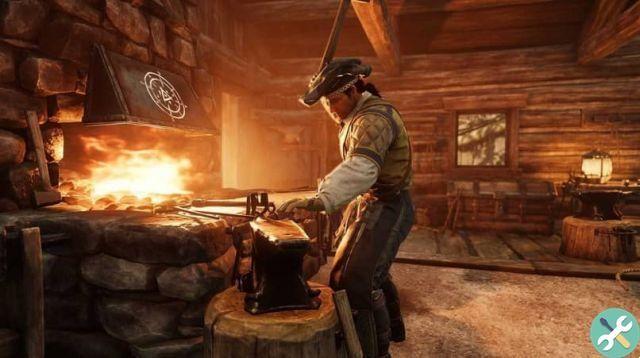 This game was a real surprise for the gamers, since the developers of Amazon Games weren't having great success in their deliveries, no doubt, the launch of New World was a great success, having great reviews on Steam, although many players had to wait long periods to get into the game, but for many the wait was worth it. As a matter of fact, the formula they created for this MMO was the secret of its success among users, thanks to its game mechanics, among them we can see the following:

This it may not be his greatest attribute, but the mechanics of customizing your character is what first attracts a player to any MMO or RPG game, deciding which class your character will be, being able to change their appearance and abilities based on As you play, it's without doubt one of the little things that create addiction to the New World. Being able to change your character creates something of an attachment, since everything you do to him you get with a lot of effort, and wanting to keep doing it is what makes you want to play for hours.

But even so it has its flaws, the ability to modify is somewhat limited, since it doesn't have a lot of variety in terms of looks, that if it has a reward mechanic that can give you some armor parts every time you complete a mission, there are several outfits you can try to collect to use on your character. 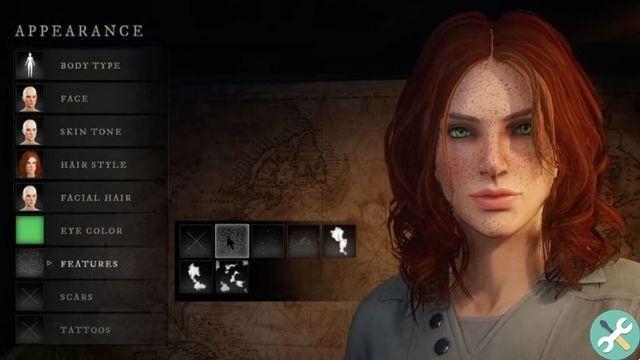 This has a new combat system. Being able to have the ability to change your player's class and weapons as you progress, this is perfect, since many players were bored with the classic mechanic that if you pick a class, you will have to be that class forever, in New World you can go from tank to healer simply by switching weapons and equipment, obviously it's best to choose the class you feel most comfortable with and go best with the skills you get as you rank up.

In addition, New World has new combat mechanics and weapons that you can use with great freedom, since it does not have a specific choreography or special movements to attack, this game is based on skill and reflexes of player and you can also create your own strategies taking into account the skills you get and the enemy's weaknesses.

It may not have specific classes, but its variety of weapons makes it an interesting game, each weapon has its own passive and active skill trees, your character can use two interval weapons, it is easy to switch between weapons during combat, this makes you have a lot of freedom when fighting an enemy.


Depending on the weapon you carry, you can have its own unique skills, each of these has two skill trees, where you can choose between its 6 active skills to fight and 30 passive, choose the most appropriate ones for your fighting style.

Elements of PvP and PvE

New Word offers you a great fighting experience, its PvP and PvE combat mechanics are by no means monotonous, like those of classic MMO games, they were designed to lay a new foundation for creating games of this type. PvP and PvE battles have several unique elements and characteristics, here you can see some of them: 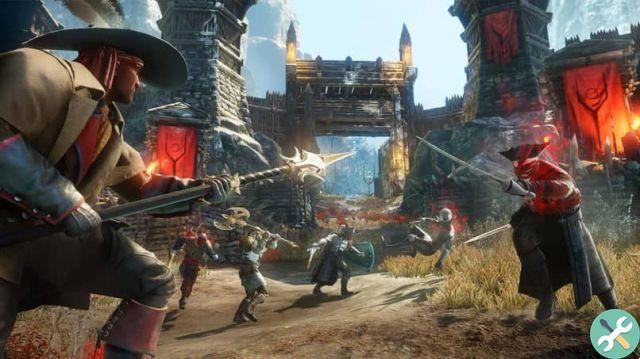 PvP elements: In this combat mode we can choose between three factions, having the ability to switch from one to the other after 120 days. The developers of New Word have tried to pay attention to every detail of PvP, they have focused it on a game mode of territorial wars, this makes it a good challenge for the players and makes you need to know your character well and improve it to the maximum to defeat your opponents.

Something very important to see is that you don't need a high rank to find a team, but you have many ways to evolve your character.

The PvP mode is designed to challenge the player, from the moment you leave the safe areas it will be very difficult to survive and you will find players facing you very quickly. Also, in this mode you can quickly increase your experience to level up your skills.


PvE elements: this mode is based on bosses and dungeons that will appear as you explore the map. One of the things that differentiates New World from other MMO games is fighting against enemies and AI monsters, instead of just doing combos to finish them like in other games of this class, you will have to think of a strategy, remembering the attack movements of each enemy, to dodge and counter so easily

The key to defeating your enemies in New World is knowing when to attack and when to defend yourself, or dodge and distance yourself from the Boss or enemy that is attacking you. knowing when to strike is very important, but also what skills to use while doing it, try to carefully choose the skills you equip on your weapon. Also on your map will appear "cooperative events" to fight with a team of players against a variety of enemies, these appear randomly and are designed to be a real challenge with good rewards.

New World, as we said earlier, has laid new foundations for the creation of MMORPG games, with new mechanics and others that had already been used by other installments, but not at the same level as the developers of this game.

Plus a vast number of other important details that make it so addicting when it comes to playing it. New World has gained fame since its launch and has rivaled many MMOs, this installment of Amazon Games could be the beginning of a new generation of games of this type, comparing it with installments such as: 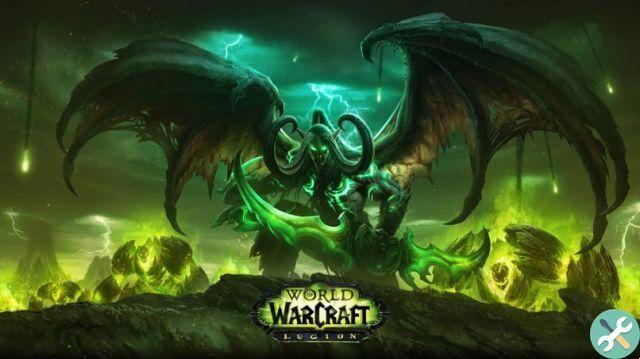 World of Warcraft has been the foundation for creating MMO-type games since its earliest installments. This game that already has many deliveries and expansions, was the favorite game of many in all these years, but with a basic problem, when you choose a character class, you will always use this class, that is, if you choose to be a sorcerer, you will never be able to savor the experience of being an archer or a knight for example.

The developers of New Word have thought about this problem, in this game you can change the class of your character as many times as you want, if you get tired of fighting like a tank you can become a healer without big problems.

Furthermore, another of the big differences between the two games would be in their combat mechanics, although both World of Warcraft and New World are based on unlocking skills to enhance combat, New World has many advantages with its great flexibility when using them. Another thing about combat is that in New World it is more intuitive and you will not need to use specific combos or choreography to defeat enemies. 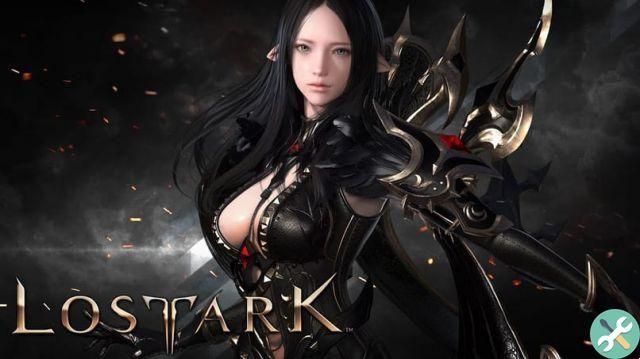 In this case, both games were developed by Amazon Games, but in totally different ways, the first thing is that Last ARK was created to attract more attention in the Asian market, so the artistic design and ideas of the game take totally different paths.

Another big difference between the two MMOs is the style of play, in New World we have a character perspective that is closer to the first person, which makes combat more engaging and challenging, on the other hand Last ARK uses the classic perspective in this type of game This directly affects the combat experience and it is not the only difference, there are hundreds of reasons why New World is so much better than this. 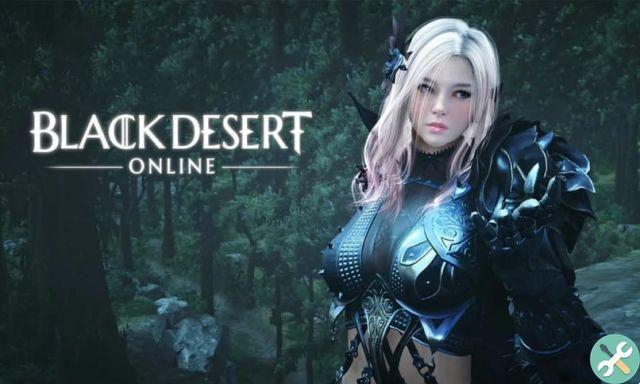 Now let's compare this new game with one that broke records in its 6 years since its launch. Black Desert is a MMORPG with a classic orientation in the style of World of Warcraft, in terms of combat mechanics it still has the advantage of New World, as it gives you the opportunity to interact more closely in your battles and which forces you to use the your reflexes makes it more compelling.

Something that, if it cannot be denied, is that the personalization experience is much greater in Black Desert, as it has a greater number of weapon types, armor, skills, among many other things.