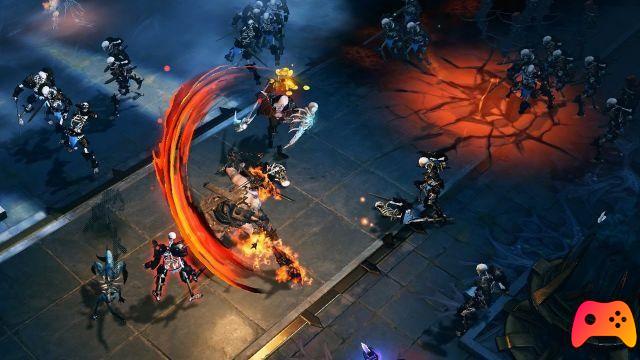 How to emulate Diablo Immortal on pc

Emulate Diablo Immortal could allow those with a PC to play the next Blizzard title by exploiting mouse and keyboard. Despite NetEase (the company that supported Blizzard during development) has stated through a representative that there should be no problems emulating the game, the last word is still up to Blizzard Entertainment.

CAUTION: Do not download the APKs you find on the net to participate in the Diablo Immortal Technical Alpha. Even if the APK is not infected with viruses, malware or trojans, you will still not be able to play it. Only those who have been invited have access because their Google Play accounts were manually flagged for signing in.

Do You Guys Not Have Phones?

The celebrated phrase spoken by Wyatt Cheng during the presentation of Diablo Immortal at BlizzCon 2018 will go down in history, but the first thought of many, myself included was: can this game be emulated?

An emblematic question that echoed in our heads until the announcement of the Alfa Tecnica, a moment that allowed the first pioneers to try their hand at this experiment. We have good news and bad news. But let's go step by step.

Before launching into the installation of this well-known emulator, know that it is currently not yet able to emulate Diablo Immortal in a playable way also by intervening on all parameters and trying different configurations there was no way to make it run smoothly and therefore enjoyable. But do not despair, Bluestacks technical support is working to apply changes in order to ensure its correct functioning (but still no updates have been released).


The first thing you will need in any case is the 64 Bit version with the 64 Bit Android architecture which you can download from the official page of BlueStacks.

This version requires Virtualization (VT) to be enabled on Windows 10 for BlueStacks 4. For this and other technical information, we refer you to the BlueStacks 4 support page, where you will find many answers to your questions.

As reported in the official BlizzPlanet article, from which we recovered the images of the settings:

Setting ARM64 is mandatory. If set to Auto, Diablo Immortal will not load.

In the image above you can see how Diablo Immortal looks when emulated by BlueStacks 4. But here the problems arise.

Despite any configuration set, as already mentioned above, it seems impossible for now to make it run smoothly.

We hope that a solution can be found to guarantee emulation, also because despite the willingness to test this game to be able to return an opinion on it, we will hardly be able to play it satisfactorily for too long using our smartphone or tablet.

We hope to be able to get our hands on it as soon as possible and maybe deny ourselves, but for now nothing has happened yet.

Diablo Immortal: the ideas come from all the previous chapters ❯

God of War: how to unlock the secret ending

How to fully upgrade the Leviathan ax in God of War

Pokémon Sword and Shield - How to get Experience Candies

Ender Lilies - Guide to the finals