Ender Lilies - Guide to the finals

With the huge success of Hollow Knight in 2017, metroidvania had a small resurrection that led to the development of several very interesting titles. Among these stands out Ender Lilies: Queietus of the Knights, released in 2021 for all platforms after a long early access. With a very pleasant graphic style and suggestive settings, Ender Lilies is one of the most compelling metroidvania on the market thanks also to the good contents, which include 3 different endings. To see all that the game has to offer you will therefore need to arm yourself with a spirit of adventure. With this guide, however, let's see together how to discover all the endings of Ender Lilies. 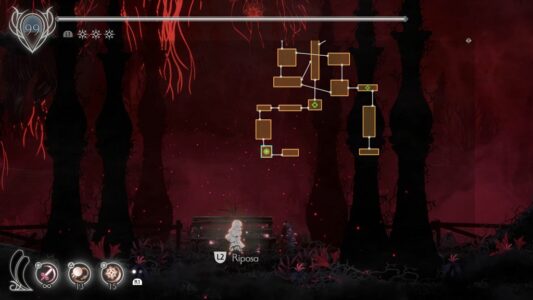 The title's endings are three, each named by a letter: A, B or C.
The ending C is to be considered as “True Ending”, the A acts as a Normal Ending while the B as a Bad Ending. Below we see how to get to each of these endings.

The A ending is probably the simplest to achieve. In the world map, continue exploring with the goal of reaching the right edge of the map. After passing the Torrione, you will come to a small area called "Finisterra". Here there will be only one road, straight, where all the paths to the east of the game converge. Keep pushing towards the last area on the right of the map and you can get the ending A, trying to purify the creature that you will find at the edge of Finisterra. 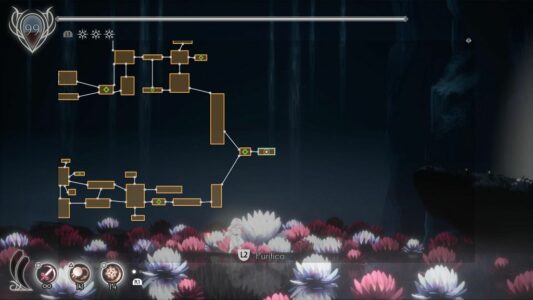 
The B ending does not require any particular steps to obtain it, but it is hidden a little better than the A ending. Rather than heading east, through the castle and Keep, go into the depths. This ending is at the far bottom of the map. From the starting point of the game, go through the Magical Academy and the dungeons to get to an area called the "Hypogeum Laboratory". The ending B is at the end of this area and can be obtained by defeating the final boss. 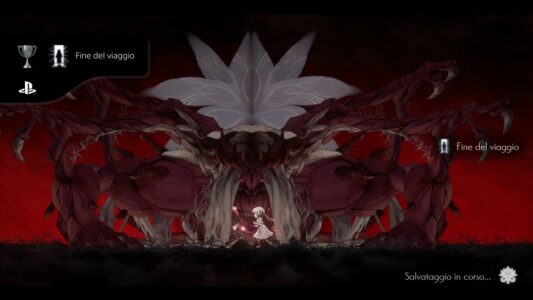 The C ending is a more complex variant of the B. Before you can face the final boss, you will get the chance to open doors scattered throughout the kingdom.. Behind these doors there will be 7 different slabs to collect. Identifying them is simple thanks to the system that marks the areas where the exploration is incomplete directly on the map. Once you have found the 7 slabs, go back to the very first area, the one completely left of the game map. Here too, there will be one of those doors to open with the power obtained before the final boss. Behind that door it will be possible to transform the 7 strips into an equippable relic, at a cost of 0.  The name of the heirloom is "Sparkling Tutelary Treasure". Equip it and face the boss again at the bottom of the Hypogeum lab. But get ready, this time the battle will be tougher. 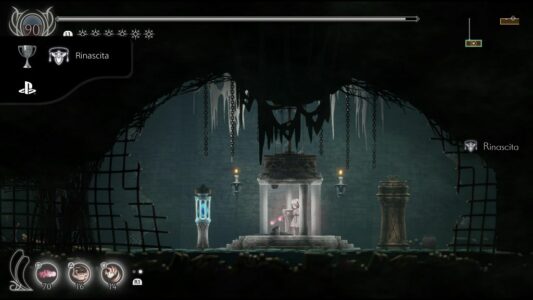 Once you have the three endings you will also be well on your way to platinum, as Ender Lilies is a very easy game to complete 100%.

Do you want to be an expert and know all the tricks, guides and secrets for your video games? Epictrick.com is a group of video game enthusiasts that want to share the best tricks, secrets, guides and tips. We offer the best content to be a source of useful information, so here you can find guides, tricks, secrets and tips so you can enjoy your games to the fullest. Are you ready to get all the achievements of that game that you resist so much? Enter and enjoy your favorite video game to the fullest!
EPOS presents the H6PRO headphones ❯

How to save space on PlayStation 5

Add a comment from Ender Lilies - Guide to the finals