How many players does PUBG have? How many can play online at the same time?

How many players does PUBG have? How many became active?

PUBG was a milestone when it is was released in 2017, has since grown considerably. Certainly the appearance of other games like Fortnite has made the numbers grow not as much as in those days. Even so, it still occupies a large part of online shooter users and remember that you can play PUBG, PUBG mobile and PUBG lite on Android and PC for free.

One of the high points in the video game occurred in mid-2019, where the average number of monthly users was 100 million. In fact, PUBG managed to have nearly 100 million active users over a considerable period.

This was not in vain, as the developers do a great job with updates and with game compatibility. To date PUBG is available for multiple consoles, PCs and even mobile devices. Furthermore, there is also the PUBG Lite version which is completely free and has been very successful.

The aforementioned figures mainly focus on mobile users, where PUBG is king. On these platforms, the number of daily users also reaches 50 million users. Fortnite, on the other hand, continues to be one of the most played video games on PC and desktop consoles.

What do the current Steam figures say?

While Steam doesn't display all PUBG users on all platforms, it accurately locates active users on PC. As mentioned above, PC figures are lower than other platforms, but they are sizable numbers.

Today Steam has an average of 20 million daily users, where the king is Counter Strike: Global Offensive. Counter has around 900.000 daily users on average, followed by Dota 2 with around 600.000 and finally we have PUBG with 300.000. As we've indicated, the numbers pale in comparison to Fortnite and other games, but it's still among the most popular games.

On the other hand, speaking of Steam, if you don't have one, you can create a Steam account with free games. By doing the above you will be able to access tons of free games, but remember that PUBG in its normal version is paid.

How many players does PUBG have? How many can play online at the same time?

PUBG is one of the most important Battle Royale, in fact, it has laid the foundations for many future games thanks to its new mechanics. It wasn't the first game with these features, but it was perhaps the most complex to date. 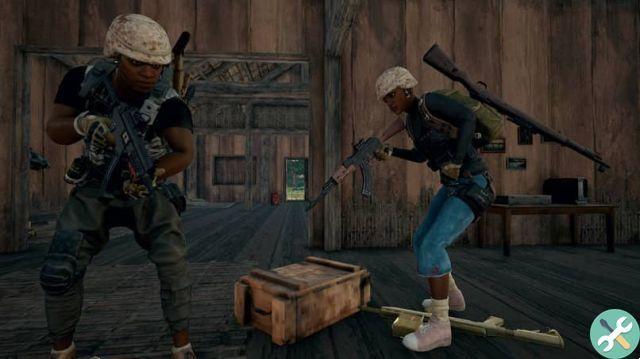 One of the main features of PUBG is the number of players who can play in a game at the same time. In the basic game mode there are 100 users playing at the same time. Clearly this number is decreasing as the game progresses, but this quality made the game stand out.

PUBG is a video game of the relatively modern category «Battle Royale», in fact it is one of its precursors. In PUBG, 100 users face off until only one remains who will be the ultimate winner.

The above responds to the classic mode of the video game, on the other hand PUBG is a third and first person shooter or shooter. Like any shooting game, weapons play a vital role. Even so, stealth and strategy are essential for a chance to win a match.

Finally, if you want to know more about this game, we can talk about what PUBG, PUBG mobile and PUBG lite are. This way you can learn more about the multiple versions of this popular video game.

How many players does World of Warcraft have and how many play each of the existing WoWs? ❯

add a comment from How many players does PUBG have? How many can play online at the same time?