If you are an Axie Infinity player or are considering opening an account to start playing and earn money as you play, it is extremely important that you know very well each of the Axie creatures that exist. In addition to knowing each attribute that composes them, this way you can make sure that you have all the information you need to hand come up with a strategy that will allow you to win all your games.

How are the Axies ranked in the Axie Infinity video game?

The classification of Axies creatures is extremely important in designing your game strategy and therefore the results you get with your team. Get a good combination of Axies taking into account their attributes will help you win more games and therefore more SLP which is the token with which this game rewards you for your victories in arena mode, or for completing missions in adventure mode.

So far there are a total of 9 classes in Axies, of which three are called " Special Classes Because they have specific and uncommon attributes among other creatures. The existing classes are:

What are the attributes that all the aces of the game have?

Each of the above classes has a number of attributes that make up the skill structure of each creature. These attributes must be taken into consideration when purchasing axles. 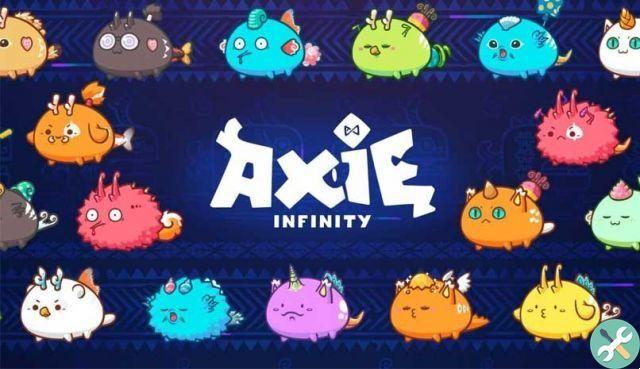 This attribute specifies the amount of damage, expressed in points, which your creature Axie can endure before being completely defeated.

This attribute is what will indicate the possibility of increase the critical hit of your Axie, as well as adding more "Ticks" in the last battle to be fought.

The skill comes into play when a player uses a full team of three Axies (combo), so depending on the skill, it is added an extra amount of damage. To calculate this damage you need to count (Card Attack * Skill) / 500.

This attribute will be what will determine the turn order of battle, for example, the fastest Axie will attack first. On the other hand, speed also has an influence on reducing the chance of receiving a critical hit.

How can we identify how many attributes our axes have?

In order to learn how to identify the attributes and abilities of our Axies creatures, it is important that we learn to identify each of them very well parts of their bodies, as they are the ones that will determine the special abilities our Axies will be able to use in their battles.

Axis parts of the body

Each Axie has six body parts, which are: ears, eyes, mouth, horn, tail and back. But there are four of these six parts that give the wearer specific fighting skills. 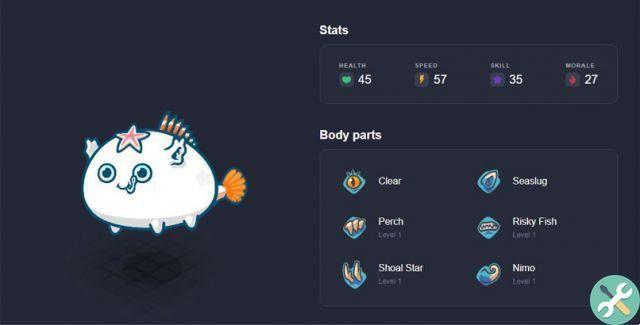 It is important to know that an Axie it doesn't just use cards exclusive to its class, can use cards of other Axies classes without any inconvenience. On the other hand, the advantage of using cards of the same type translates into an attack and defense bonus of 10%.

Why are there different types of special axes within the video game?

Special Axies classes are rare to obtain, as it takes a special combination of purebred Axies to obtain them, however, even if you meet this requirement, there is only one chance of 33% to get a secret Axies class when we cross to get offspring.

Having no body parts of their own, the Special Class Axles they have a native shield and attack bonus, which the other Axes obtain from the parts of the body.

What are the Axies Secret Classes available in Axie Infinity?

As mentioned, there are three types of Axies special classes, which are rare and have special attributes, as they take full advantage of the classes they come from, so with these Axies you can build a great team for your battles. Later we will talk about each of them.

This Axie class is obtained by crossing a Purebred Axie Bug is a purebred Axie. As well as getting a 7,5% class bonus for all Bug and Beast cards. 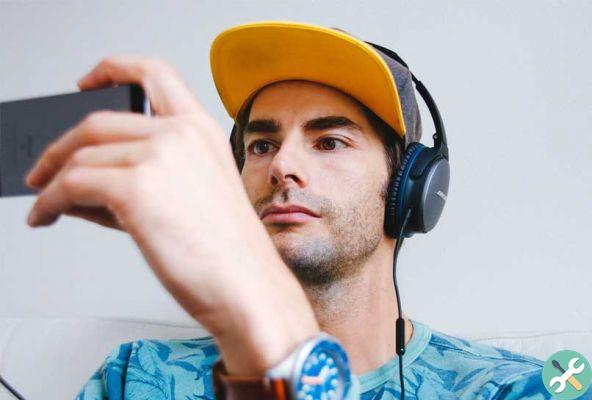 Dawns are descendants of a Axie breed plant when crossed with an Axie breed bird. They also have a 7,5% class bonus for Plant and Bird cards.

Dusk-class creatures are descendants of a Purebred Reptile Axie crossed with a purebred Aquatic Axie. As in the other cases, these Axies also have a shield or a 7,5% attack bonus on all Reptile and Plant cards.

Remember that you should always pay close attention to attribute details of the Axies you are about to acquire in the game's Marketplace, this way you can create the best possible combination of Axies so that you have a team that guarantees you many wins in one of the two game modes developed in the world of Axie Infinity.

How many types of World of Warcraft are there? Which is the best WoW and which ones do you recommend? ❯