How many World of Warcraft expansions are there? Check out all the WoW expansions here

What are World of Warcraft expansions?

World of Warcraft despite being the fourth installment of this video game series developed by Blizzard, the first of which was released in 1994 under the title "Warcraft: Orcs and Humans". The PC video game series remained in force to date. 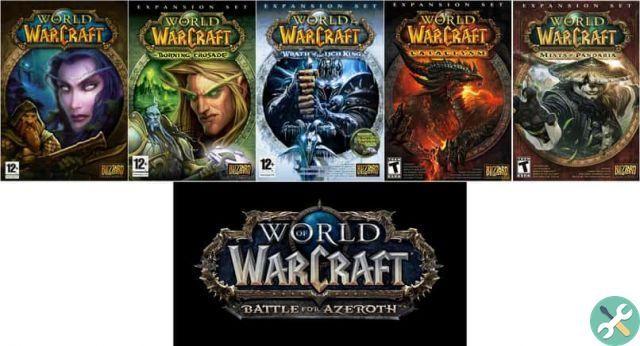 That's when, following the release of World of Warcraft in 2004, the game's developers came up with a way to continue to expand the universe they had created without introducing a new game. So that its users don't decide to uninstall World of Warcraft to acquire the new version.

With this in mind, the game's developers planned this fourth installment of Warcraft as a story that could be presented in chapters. These have been released under the concept of expansions, in order to give a progressive continuity to the story.

In this way, World of Warcraft decided to extend the universe it had already presented in that game. Introducing new creatures, missions, specializations and maps so that the user can enjoy the vast universe that WoW has to offer.

How many World of Warcraft expansions are there?

Since World of Warcraft was released, the developers have released a new expansion for this fantastic online RPG year after year. Well, even though many consider it directly competes with others such as the League of Legends game or Dota, the truth is that WoW has a big advantage in terms of the development of the universe.

Hence, World of Warcraft with each new expansion introduces new content to keep its users and followers loyal. With that in mind, Blizzard has released up to 8 expansions of the fourth chapter of Warcraft with the intention of enriching this universe.

The Burning Crusade: Under this title, the first expansion in WoW history was launched in 2007. This content pack introduced two new races: Blood Elves and Draenei.

Wrath of the lich king: It was in 2008 that the second expansion arrived, bringing with it in addition to a new explorable continent, one of the most memorable villains of the game "The Lich King / Arthas Menethil".

Cataclysm: This expansion changed the game's original continents in 2009, as Deathwing's awakening caused a real cataclysm on Azeroth.

Mist of Pandaria: Once both parts of the WoW world defeated Deathwing, they stumbled upon a never-before-visited place, "Pandaria". This expansion released in 2012 introduced a new race, the Pandaren.

Warlords of Draenor: The fifth expansion of the WoW series was released in 2014. In it, users of the game have returned to Draenor, the birthplace of the Orcs. However, with this installment WoW recorded its lowest subscriber point.


Legion: This expansion released in 2016 changed many aspects of WoW gameplay in order to attract the attention of new players. Modified the way he changed professions in WoW and traveled to the Broken Isles, to fight the Burning Legion. 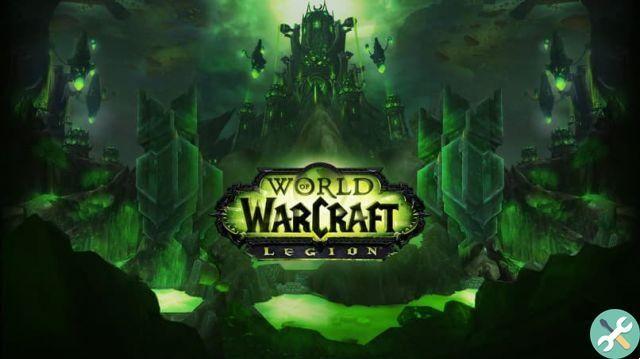 Battle for Azeroth: This expansion offers users four new allied races for both the Horde and the Alliance. Launched in 2018, this expansion includes two new continents, Zandalar and Kul Tiras.

Shadowlands - This is the latest WoW expansion to date. Released in 2020, it brings with it five new zones found in the Shadowlands; place where the souls of the dead fall into the video game.

How many maps are there in League of Legends and what are they like? - LoL maps ❯

add a comment from How many World of Warcraft expansions are there? Check out all the WoW expansions here