How to find Slime in Minecraft and how to create a Slime Farm?

Of course, they're not the only rare creatures you can farm, so if you're feeling creative after this tutorial, we recommend looking for how to make a simple mob farm in Minecraft? , so that nothing stops you in this title.

How to find slimes in Minecraft and how to create a farm?

Slimes are aggressive game mobs, which will attack the player when they see them, leaping towards them to attack them. They are square and jelly green in color, always jumping and making a distinctive sound when they do. They have the particularity of having different sizes, such as small, medium and large.

This size will depend on several factors such as the difficulty of the game. When they kill them they release a rare item, called a slime ball, which is used to create materials such as pistons and ropes .

These creatures can be found below level 40 of the game in specific portions of the terrain or in blocks (they will not appear in all). They can also be found in the swamp between layers 50 and 70, which have a light level below 7. 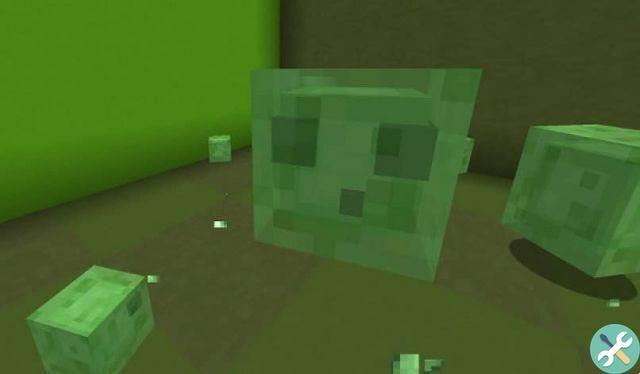 Furthermore, they will not need lava or water on the site to be spawned, and they will only appear in solid blocks and not opaque like torches, nor will there be anything obstructing because they will not appear. Likewise, there cannot be other types of aggressive creatures nearby.

Now that you know the above, it's time to build the farm to fully answer the question How to find slimes in Minecraft and how to create a farm? The first thing you need to do is look for the seed of your game and place it on the next page.

This will do a calculation of where the squares are where these creatures are most likely to spawn allowing you to see the spawn chunks or chunks (coordinates), when you already press them F3 + G within the game to mark the pieces and knowing which area to work in.

Mark your area by placing a block in each corner and then in one of these, go down to height 38, break three blocks vertically and then go down another four blocks from the same corner. (If you are wondering how to know what level I am in Minecraft? It is because you are still very inexperienced, so it is recommended that you seek a guide to find out this detail which is mandatory). 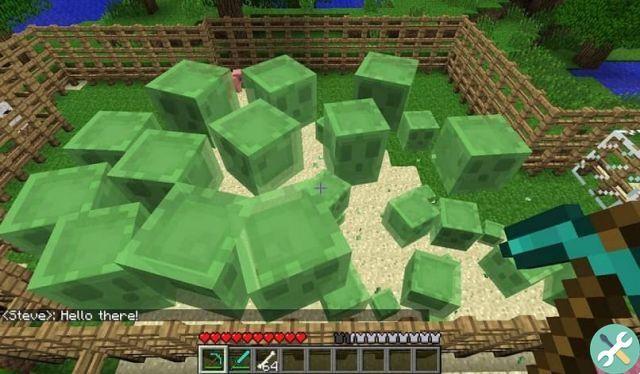 Then, after getting off, break three blocks again and go down four, so on until you reach height 10. At each stop where you broke three blocks, you must create a room the size of the area of ​​the block you marked out. .

For this you have to use a diamond pick (to speed up the process not because you need it), when you have your three tall rooms ready for whatever width your piece is, light everything up so no creatures appear (this doesn't affect Slime because they are generated with light).

And voila, with that slime they should appear in each of your rooms that you can kill to get the slime balls. Therefore, the question How to find slimes in Minecraft and how to create a farm has already had an answer ? , completely.

How to find desert and desert temple in Minecraft ❯

add a comment from How to find Slime in Minecraft and how to create a Slime Farm?