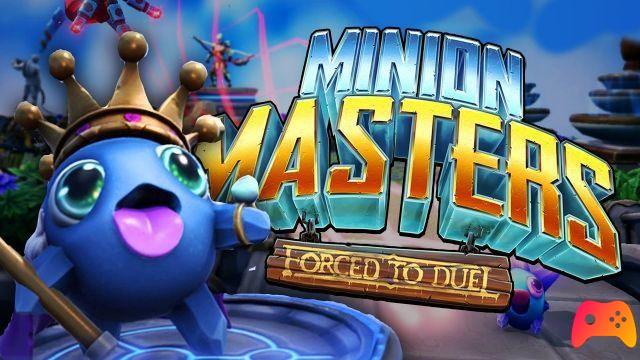 Minion Masters, even if it is still in simple early access, it is updated weekly with new improvements, new cards, and above all events that allow players to stay in the game and get new rewards.

The event is active these days Best of Brawny. If you don't know what it is, we are ready to help you with this quick guide!

Three particular Masters are battling it out: Apep, Ratbo, and Volco. Each of these three heroes hides 15 very succulent treasure chests, which can only be opened with their respective keys.

Playing as one of these 3 Masters and winning the game will give the player a percentage of obtaining one of these keys to open one of the fifteen chests, which can hold Rubies, Chunks, or Gold. In total, playing with all 3 characters, it is possible to get 45 rewards, but when you get the keys for all 15 chests of one of the Masters, it will be possible to open a Giant Chest with fabulous rewards.

That's not all: during the event the Giant Chests opened by the whole community for each of the Masters will be calculated. Next week, when 3 new legendary cards are added, one of them will be given to all players who have opened at least one chest, depending on which Master has won the challenge.

Apep will allow players to obtain the Musketeer, hand-to-hand ground combat units capable of dodging enemy blows without problem. Ratbo will bestow the Scrat tank, mechanical unit that will function as a Scrat tank. With Volco instead you will get it Flaming Combustion, a spell that will destroy one of our Creatures in exchange for a gigantic explosion capable of inflicting heavy damage to all enemies around it.

Anyone who hasn't even opened a chest and therefore won't get the event legend will get a random card through a roulette wheel. You can play without fear of duplication: you will never get keys to already open chests.

We recommend below some decks to try, including a very cheap one to play with Ratbo and attempt to complete the event this week.

How to make a Milloween Dragon Nest deck on Minion Masters

How to make a Ratbo Swarm deck in Minion Masters