We reveal all the secrets of the village demo of the upcoming Capcom survival horror.

The demo of the Resident Evil Village village - half an hour in which to personally test the gameplay and the general feeling of the adventure - has only been available for a few hours but we, also thanks to the fact that it will be possible to play only in a time window well defined, we have already stripped it to the bone. After a few runs, we have designed this guide for you, to follow if you want to find all the secrets hidden in this very short but intense preview of the new Capcom survival horror. 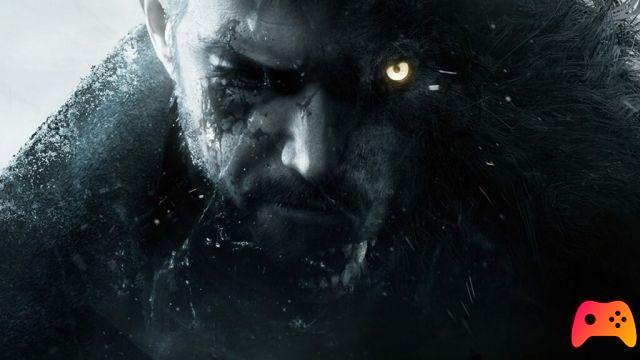 We don't know exactly what it is, although we can imagine it is a collectible we will get our hands on during the main adventure (probably a key to be used to open a tomb). In the cemetery, on the left, looking beyond the grate of the small chapel, it is possible to see a piece of stone half buried in the snow. By framing it with the photo mode and increasing the brightness to the maximum, you will read the name "Claudia" engraved on it.

Among all the graves in the cemetery, there is one whose tombstone can be inspected. Reading it we will discover that the buried one is Eve, a child who died at just 10 years old. Also in this case we do not know more here, but it is likely that his fate is intertwined with that of the other inhabitants of the dismal village.

Among the collectibles of the game there will be several totems in the shape of goats, to be destroyed as done for the puppets of Mr. Roccoon in RE 2 Remake or Mr. Charlie in RE 3 Remake. Like their predecessors, these dangling-headed totem-totems will make a slight noise when they're around, so just be careful to spot them. In the demo you will find the first of these in a small chapel on the path. 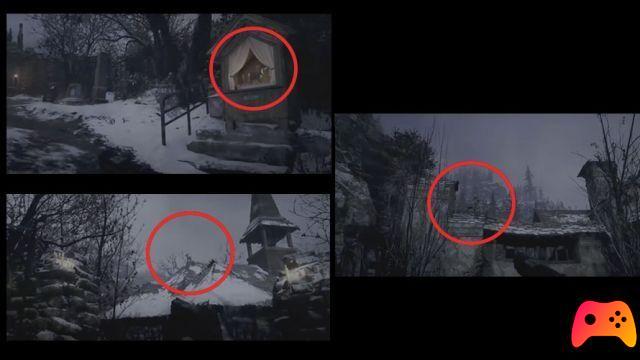 You will find the second totem on the roof of the church (look up and shoot it while standing outside the gate), while the third and final totem in the demo is in the upper left corner of the map: you will find it on the roof of a dilapidated house. once you have climbed over the fence past the cornfield and followed the short uphill path.


These are cages to shoot to make them fall to the ground and collect the consumable items inside them. The demo contains two: the first is linked to a tree that you will encounter by following the main path to the right of the large door that you will have to go through to complete the demo. The second cage, on the other hand, you will find the second cage hanging from the large tree which you can only approach after defeating the enemies in the tall grass. 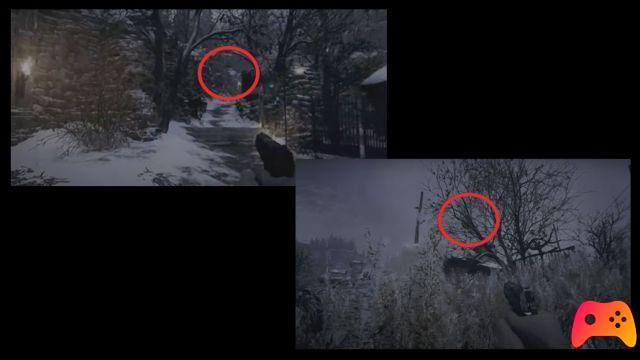 As in Resident Evil 4, even among the secrets of Resident Evil Village there will be crystals hidden in the most disparate places. Collect them and then sell them to the merchant in exchange for other useful items. In the demo you will find the first crystal in the shield of the statue in the center of the village, while the second will be above the altar with photos of all the main antagonists of the game. Aim at the glow and shoot to drop and collect the crystals. 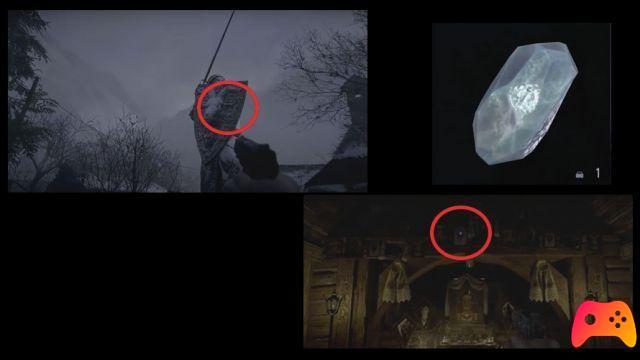 Before meeting the first two humans of the demo (let's not consider the terrifying old lady of the beginning! - Editor's note) you will have to deal with the first three zombies of Resident Evil Village: kill them and one of them will drop a crystal skull, apparently the skull of a vampire (to do with the Dimitrescus?). 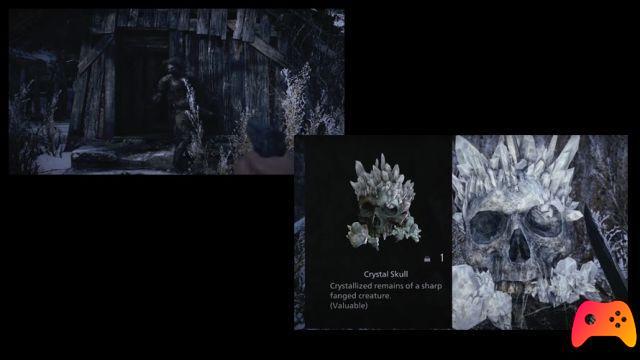 These are not really real secrets, but rather elements that should definitely be considered in the gameplay, especially if you decide to tackle the game at the highest difficulty. First of these, the fortified shed: in the demo you can find a shed where you can barricade yourself (wooden planks will already be nailed to the windows). The matches won't last long and the enemies will soon be able to enter; in the meantime, however, you can prepare for battle by shooting through the windows and tactically placing mines on the ground.

Then there are the bags of flour: in the village you will find various sacks of flour leaning against the walls of the houses: shooting them when an enemy is in proximity, they will explode, stunning them for a short period of time.

Obviously there is no shortage of one myriad of documents and files scattered everywhere, thanks to which to obtain clues on the position of key objects or simply expand the lore of the Capcom title. It would not make sense here to list the location of all the documents, just know that this Resident Evil Village will not fail to provide you with several macabre background in addition to what is told in the main story.

And with this we have concluded the list of all the secrets that we managed to unearth within the Resident Evil Village demo. Let us know if you have found any other hidden gems, in the meantime we give you the appointment for the next in-depth study and the next demo, which apparently will take us straight into the castle.

add a comment of Resident Evil Village: Secrets of the village demo