The most anticipated mobile games of the moment

Although many remain a bit skeptical about it, the truth is, mobile video games have a growing audience. This is evident as more and more important companies are betting on this type of platform such as Nintendo, Square Enix and even Konami with its Castlevania saga.

Hence, more and more cheap games are released on mobile platforms and also quite important sagas that we could previously only see on major desktop consoles. And while 2020 was a big year for mobile gaming, the truth is that what's to come is very exciting.

Want to know what some of the best games will be coming to our smartphones soon? Stay tuned and don't lose track. 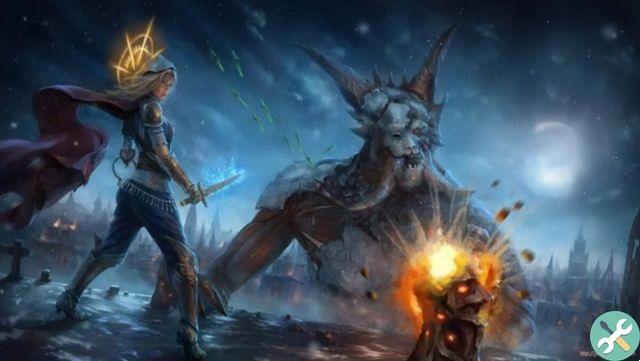 Path of Exile is one of the best RPGs of today and totally free as well.

Path of Exile is a game available on both computer and consoles very Diablo-style. Through an isometric view, we will create our character and our class and face hundreds of monsters and demons, as we level up and gain new weapons, armor and skills.

Path of Exile is also totally free. This, coupled with the amount of hours it offers, makes it one of the best RPGs of today. We can't wait for your mobile version to arrive.

Warhammer is one of the most popular fantasy brands in the world. Miniatures to paint and play, board games, books and even lots of video games. Humans, elves, orcs, undead… a very rich and varied world.

Warhammer: Odyssey will be the next game in the e series will be an online multiplayer title for smartphones which will put us in the shoes of heroes of different races in their fight against the forces of Chaos. Ideal for playing alone or with our friends.

And if we talk about popular franchises, we cannot forget the Pokémon. Nintendo's cute creatures already have several smartphone titles like Pokémon GO or Pokémon Café Mix, a fairly generic free puzzle game.

Now Pokémon Sleep will be an application / game to measure our sleep, although far from having a boring interface, it will be based on Pokémon and its creatures. At the moment we don't know much more information about this interesting title, but coming from Pokémon, it certainly does not disappoint us.

Currently available for Nintendo Switch, PlayStation and computer, Dauntless is a free RPG from the creators of Fortnite. With Monster Hunter-like gameplay, we create a character for ourselves and hunt down powerful beasts both alone and with other players as we collect materials and craft new weapons and armor.

Dauntless has become a game with a very large player base and as its graphics are not very powerful - very Fortnite style - we do not doubt that a mobile or tablet can run this game without any problem. Hopefully it will arrive on both Android and iOS sooner or later.

The most surreal games for your smartphone ❯