Axie Infinity card guide to play and win all battles

What are the statistics that are managed in the axes?

It is the ability of our Axie's receive and resist a certain amount of attacks and of being damaged by it.

These are the different opportunities that the Axie has to carry out critical attacks and severely damage our enemy.

Also called Skill, it is the additional damage that results from attacks together. In other words, the number of cards or moves.

The speed of each Axie determines the order in which the combo attacks. It also reduces the chance of receiving a critical attack.

How do you identify the amount of attributes each of the axes has?

The attributes of each Axie are determined by the parts of your body and  from the classes it belongs to. The classes are Aquatic, Plant, Reptile, Beast, Insect, and Bird. 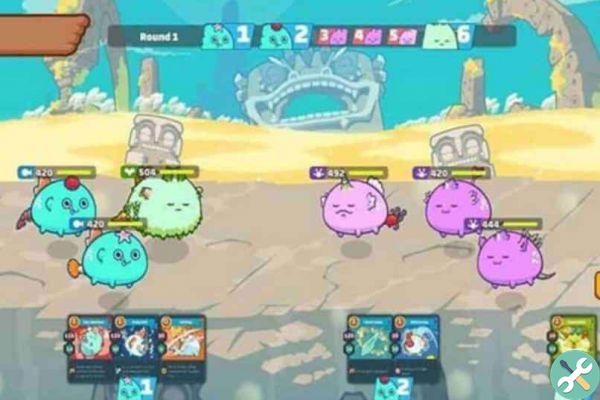 How do battles unfold in the Axie Infinity arena?

The battles in the arena take place in two different ways, through the Initial Mechanics or with the Advanced Mechanics, here we explain the differences between them.

The game consists in defeating the three aces of the opposing team and in keeping the three of our team alive.

The movements or attacks that each Axie performs are the cards that each has (played with a minimum deck of 24 cards), and the idea is to plan each attack thinking and analyzing well any movement that indicates a high probability of winning.

The abilities that the cards possess are Energy, which grants 2 Energy per turn to each player. The attack, or damage it takes as a debuff from the attack. And the Shield, which serves to reduce the damage generated by the use of certain cards.

Axies possess abilities that come from four of their six body parts (of the head, back, mouth and tail), also designated to contribute two cards to the player.

Used cards go to the discard pile and are available again after several turns after being used in battle. The order in which the Axies attack in our team is determined by the speed of each, the fastest obviously going first. There are two phases of the game: 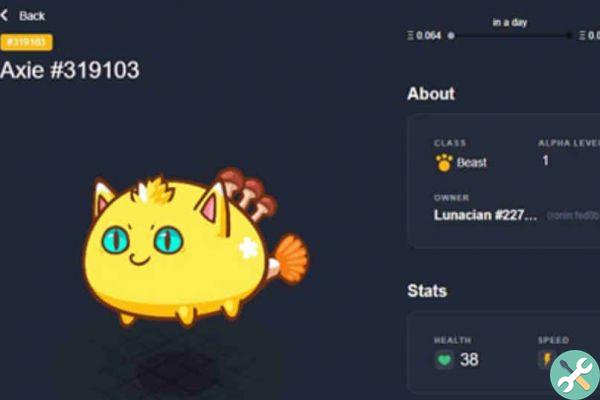 Electoral phase:  and where the cards are chosen within a time limit of sixty seconds. You start with 6 cards and for each round 3 are added. In each round you can have a maximum of 9 cards in hand.

Battle phase: one Once the cards are selected, the battle begins in the arena. Some tricks that can be used are:

The chain, when two or three axes they use cards of the same class for an attack. The combo, which is when an Axie uses more than one card in the same round, has the disadvantage of increasing the damage. The Axie's health could be taken with lives, as when it reaches zero, the Axie either dies or goes into advanced mechanics (last stand).

This state is an option for an Axie eliminated with a slight damage margin to continue in battle. This possibility depends on the Morale points that the Axie maintains and can be calculated with this formula: (Health Points - Health - Remaining * Morale Points / 100).

At this stage the Axie has no shield and is in a charged state. You can still attack and take attacks to protect the rest of your team from the enemy. 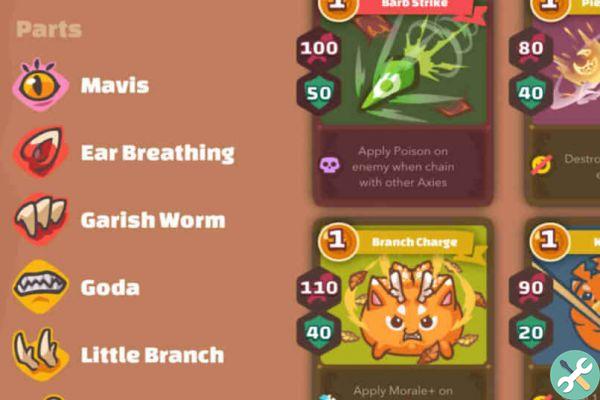 What can I do to increase my chances of winning my battles?

To win in the arena you need to have experience, organize and plan each attack well, choose the best cards and use them at the right time. Nothing that complex once you learn to master it, but definitely it requires time, dedication, patience and a good chunk of investment.

Always keep in mind the risks that these types of games involve, monetary losses or bans affecting your account. Try to keep it safe.