Diablo II Resurrected: A trailer for the Barbarian

The new video released by Blizzard focuses on the close combat class.

There are a few weeks left until the launch of Diablo II: Resurrected e Blizzard is stepping up its media campaign, this time it's the Barbarian's turn with a new dedicated trailer.

As we know, also thanks to the recent open beta days, Diablo 2 has been renewed while maintaining some cornerstones like the isometric view and the five historical classes, among them stands out the brute strength of the Barbarian who, in the new video, is shown through his combos, melee attacks and of course the Whirlwind:

The other key skills of the Barbarian are characterized by the "War Screams", able to damage and stun enemies, as well as allowing a temporary increase in their values. For the rest, the Barbarian makes physical and rapid attacks its main characteristics. 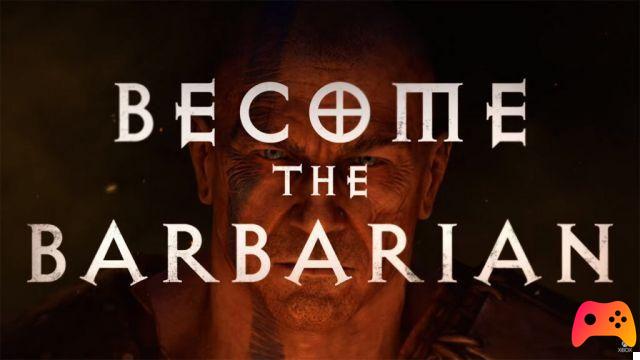 ► Diablo II is a scrolling RPG-fighting game published by Blizzard Entertainment Sierra for PC and Mac, the video game was released on 29/06/2000 The version for PC came out on 30/06/2000

Do you want to be an expert and know all the tricks, guides and secrets for your video games? Epictrick.com is a group of video game enthusiasts that want to share the best tricks, secrets, guides and tips. We offer the best content to be a source of useful information, so here you can find guides, tricks, secrets and tips so you can enjoy your games to the fullest. Are you ready to get all the achievements of that game that you resist so much? Enter and enjoy your favorite video game to the fullest!
Diablo Immortal postponed to 2022 ❯

The Last of Us, there's an unreleased Uncharted easter egg

Add a comment from Diablo II Resurrected: A trailer for the Barbarian