Mephisto is the boss of the third act of Diablo II: Resurrected and, as always, must necessarily be killed in order to complete the mission and move to the fourth act. The younger brother of Diablo and Baal, he is the first true fallen demon to be reckoned with in Diablo II: Resurrected. It takes on the appearance of a skeletal, floating ghost with no lower limbs. Mephisto favors long-range combat supported by a variety of poison, ice, and lightning magic.

Mephisto is one of the most coveted monsters to face in speedfarm due to the greedy drops it gives. Already at low levels it is able to provide exceptional high-level items; even better if you face the demon in company and at a high level. 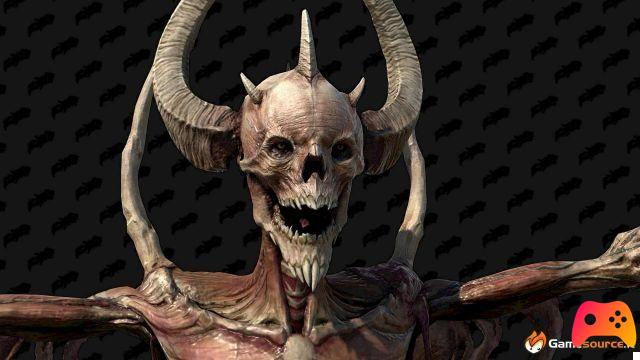 Mephisto fights alternating physical and magical attacks: his lightning bolt hits multiple targets in a row; in addition, his freezing attack deals both physical damage and freezing for several seconds. Both magical attacks can be soothed by proper gear.

Mephisto's resistances in Diablo II: Resurrected are focused on lightning, poison and fire. The only suitable strategy is to proceed with physical attacks and with elemental ice damage. Having a mercenary capable of casting Frost Nova and a high Attack Damage value allows you to take on Mephisto without cursing much. If you play at nightmare level, however, be careful: the probability of parrying the attack and the magical resistances rise significantly, making only the usual hit and run approach valid thanks to the citizen's scrolls.


There is a trick to dry Mephisto safely. Once he appears, flee quickly or if you can teleport over the blood moat. He will not be able to reach you: since his attacks have a shorter range than that of arrows or your spells, place yourself at a safe distance and kill him calmly. Here is a short video found online to give you an idea of ​​how the trick works.

add a comment from Diablo II: Resurrected - How to kill Mephisto