It's been 21 years since we have saved the wastes of Sanctuary from the primal evil, crushed under our heel Baal and Mephisto and allowed the inhabitants of those inauspicious and corrupt places to take a brief sigh of relief.

It was back in 2000 and the king of the Action RPG genre was having his say, rewriting the trappings of the genre and establishing itself as the cornerstone of PC gaming. The strong charisma of the title was expressed through a multifaceted and cohesive artistic proposal. While the highly inspired sound design blended perfectly with the gloomy, decadent and rotting settings, on the other hand, the multi-faceted, punitive and variegated tone of the gameplay stood out.

Blizzard Entertainment is back in these days to propose to us a resurrection of this great classic, along with the talented guys from Vicarious Visions (already known for solid remake operations, such as Crash Bandicoot N. Sane Trilogy). We had the pleasure of diving back into the world of Sanctuary to have our say. And thankfully we are well above the level of Operation Warcraft III Reforged. 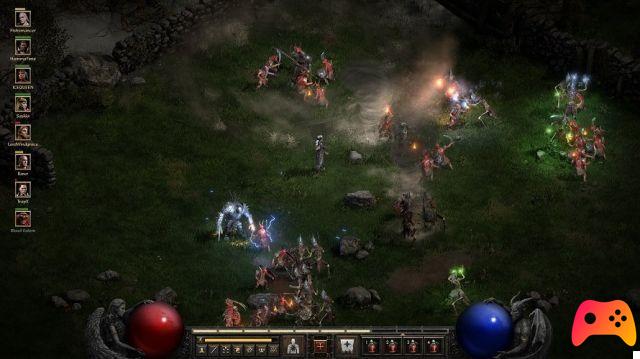 It is good to clarify immediately that on the gameplay side Diablo II: Resurrected is proposed as an exact transposition of the original with a good addition of quality of life, tools aimed at making the classic experience less edgy and more approachable according to the trappings of the gen we are living. Nothing revolutionary, but an autoloot for gold and an expanded shared chest for our characters they can only help in the sums of the final experience.


The seven playable classes of the original are presented in remastered guise: Necromancer, Assassin, Enchantress, Brbaro, Druid, Paladin and Amazon keep their identities and specializations intact. Alas, the functioning of the specializations proposes unchanged its very rigid spending system of the various attribute points, where to make a build work correctly it is necessary to follow a well thought out distribution plan to the letter (or almost), almost completely removing the charm of experimentation. After all, Diablo II has been gutted in 21 years by millions of users, and there is little left to discover and play outside the meta. 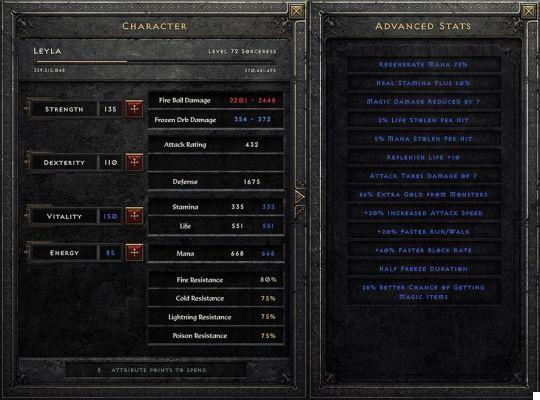 The game's plot and structure are also unchanged, which, outlined in 4 acts, faithfully reproduce the experience of the original game, except for the graphic side. We can assert that the world of Diablo II was rebuilt entirely from scratch, going pixel by pixel to sumptuously portray every dark ravine of the game world, as well as characters and enemies can finally enjoy brand new models and completely new animations. Of course, for the more nostalgic there is the option to restore the original features of the title, in spite of the painstaking work of Vicarious Visions.

In any case, for those who had not experienced this classic at the time, we can describe the experience of Diablo II and Resurrected, as an isometric adventure, in which killing monsters, venturing into dungeons (where to kill other monsters) to level up, upgrade your equipment and dive into the next dungeon is the central experience of the title. It should be seen and experienced as a 2000 title, to discover the soul of the genre and judge the new incarnations with a correct yardstick. 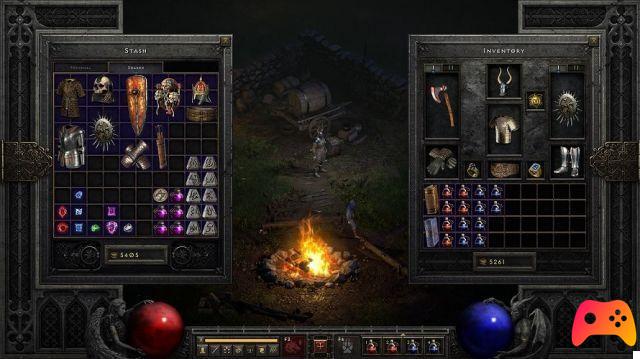 The fixed 60 FPS and 4K land majestically (and dutifully) to give all the luster that the ancient king of the genre deserves. Finally, a few lines of applause should be spent to talk about the films, the driving part of the setting and the atmosphere of the game, which have been entirely reimagined with the most modern tools, without distorting the shots. characters and atmospheres that have made this title a cult. 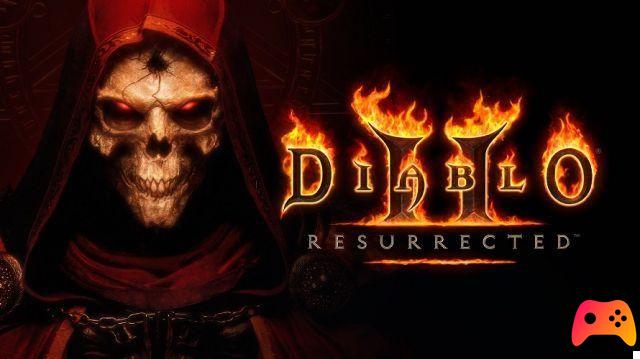 Good but not very good the new dubbing, you want for the habit of ear towards the old interpretation of the characters, you want for quality (in some situations clearly inferior to the original), not always able to keep up with what is shown on the screen. We would also have liked a new orchestration of the original soundtrack, which would certainly have embellished the title, but we can be content with how Diablo 2 sounded and always did.

While our test is based on the PC version (available via Battle.net), the title is also available on console for the first time. For our part, we find it hard to imagine a system that can be used freely on a gamepad. Despite this, users of Diablo II: Resurrected they will be able to enjoy the much coveted cross-play, an essential element to keep the title vital in the interactions. 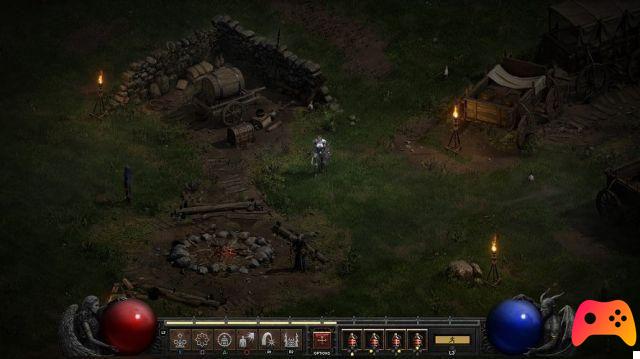 Diablo II: Resurrected is simply Diablo II in renewed graphics and leaving out the quality of life, the experience remains unchanged, for better or for worse. The title is mainly aimed at that group of fans who, for passion or nostalgia, want to dive once again into the world of Sanctuary. It is impossible to deny that the weight of the years does not make itself felt and although Diablo II: Resurrected is absolutely solid in itself, it does not appeal to a target audience looking for a fresh or modern experience. A big applause goes to Vicarious Vision, a team that was able to reimagine the iconic aesthetics of the Diablo world without distorting any element and for our part we hope that this solid foundation can lay the foundations for the highly anticipated Diablo 4.

► Diablo II: Resurrected is an RPG-type scrolling-Adventure game developed and published by Blizzard Entertainment for PC, PlayStation 4, Xbox One, Nintendo Switch, PlayStation 5 and Xbox Series X, the video game was released on 23/09/2021