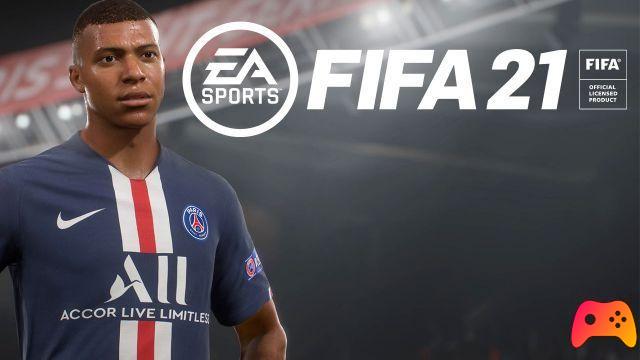 The new FIFA 21 Season XNUMX Storyline players have arrived. Let's find out which ones they are and which ones to choose.

The new season of FIFA 21 Ultimate Team has officially begun. Electronic Arts has launched, as scheduled, the new seasonal route last Friday, with many challenges and rewards for the most attentive players.

Meeting goals is not a challenge for everyone and reaching the seasonal maximum level may discourage most, but the rewards for the “brave” have the potential to be more than gluttonous. In particular, we refer to the now known Storyline players, those related to rewards of levels 15 and 30, exactly in the middle and at the end of the season.

Let's be honest, this fourth season does not offer unmissable players, except perhaps for De Sciglio - who can be very interesting due to nationality and club - but is still interesting. In fact, in the list, at least in the first round of rewards, players related to “minor” leagues and, consequently, less usable, but not totally useless.

We repeat: these are not names capable of making players' hair stand on end, but we still want to analyze them calmly together and try to suggest which ones to choose, perhaps based on your needs.

The least recommended choice of the first round of players of the fourth season of FIFA 21 falls on the young German talent of Benfica, Waldschmidt. The attacking midfielder with good feet, however, pays for a general woodiness in his movements that is all too evident, the daughter of a very imposing physique and a particular body type. Sure, the player has a nice 90 long shots and an excellent 89 shooting power, but then he appears less good in game than the card says. 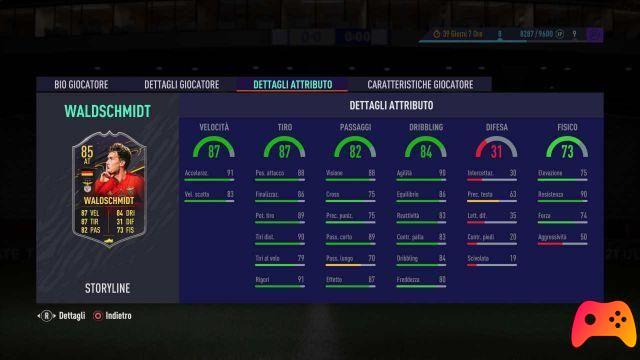 The second option is that relating to the central defensive of the Feyenoord Marcos Senesi. The Argentine, twenty-three, is certainly a very valid defender by the standards of FIFA 21, numbers in hand, but that 76 under the heading "Sprint Speed" scares us a little'. Sure, with the current gameplay, having a big body on the pitch too, it can make a difference, but you have to pay close attention when you find yourself facing those particularly quick and slippery attackers. However, he is a very good defender and, considering the absence of players of that nationality, he could be for you! 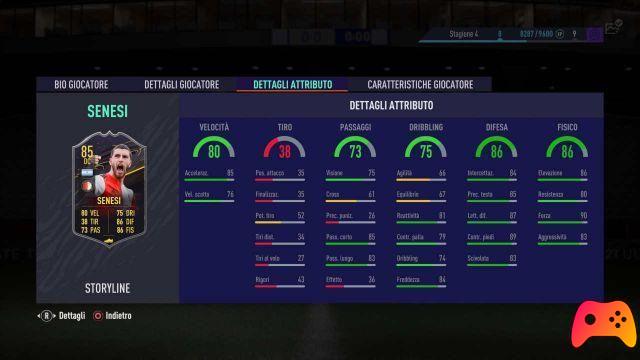 The cheapest pick of level 15 is, therefore, former Tottenham midfielder Mousa Dembélé, currently under the Chinese team of the Guangzhou R & F. Of course, for the championship it is difficult to hybridize, but being Belgian it certainly finds some good links. For the rest, the card is certainly very valid, thanks to a series of very balanced statistics that guarantee an excellent performance in game. Above these certainly stand out the skills in passing and dribbling, but also the defensive phase and the taxman defend themselves more than well. Of course, as a starter it is difficult to put him on the field, but he can become one of your favorite super sub. 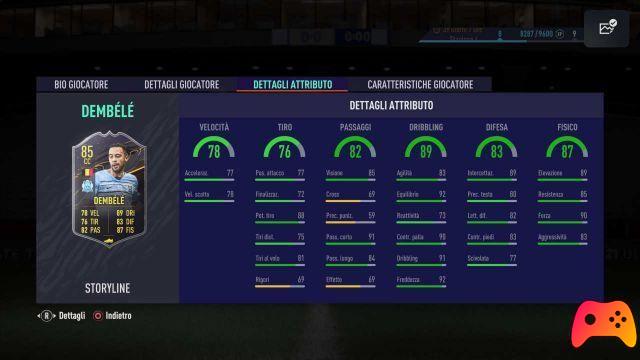 The least greedy choice of the maximum level of the season pass is that relating to Adnan Januzaj, attacking winger from Real Socieded.

Let's be clear: on paper he is a player, also because he has some interesting statistics from the point of view of dribbling (90 ball control, 94 dribbling) and also has an excellent passage, but it lacks from the point of view of the physical and above all of the workrate (medium-low) which make it a very little automatic player. To be clear, to take advantage of its entries you have to use it a lot manually and you may not always have time to do the right thing at the right time. 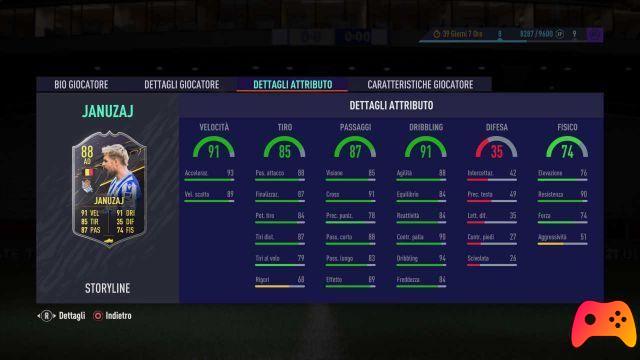 The second option of the second round of storyline players is the one it brings the name of Ryan Sessegnon. The English exterior of Hoffenheim boasts an incredibly solid card, from practically all points of view, and it could be an excellent match-breaker, especially starting from the bench. Of course, being English and playing in the German championship he is also very easily hybridized, but we don't feel like placing him in first place but not for his demerits. Sessegnon is in fact someone who knows both pushing and finalizing, but there are always many valid players in that role, a different matter than the one who occupies our very first position. 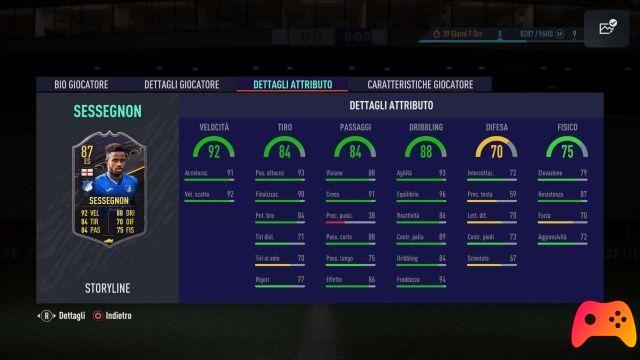 Could he not be number one? Obviously not. Our first choice, practically a duty, falls on Mattia De Sciglio, full-back of the Italian national team and theOlympique Lyon. Considering the absence of valid full-backs in FIFA 21, especially in Ligue 1 and Italians, the player practically immediately becomes an almost obligatory choice, without even considering the card, a card that is actually super valid. In the storyline version, in fact, the former Juventus is practically perfect from all points of view. Defense, physical, it will speed up but also the passage, in addition to a four-four in the skill item and weak foot, make it a practically essential element, clearly at least according to the statics. We, however, will unlock it without a doubt, also because we have Ligue 1 players (including His Majesty Neymar). 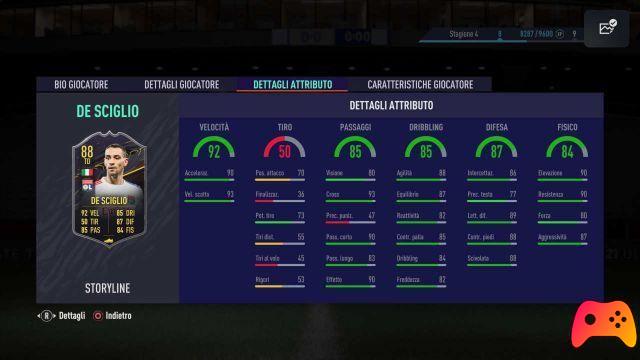 For this analysis of the Season 4 storyline di FIFA 21 that's really all. Let us know what you think and which players you will unlock in the comments, and… happy Ultimate Team everyone!

Do you want to be an expert and know all the tricks, guides and secrets for your video games? Epictrick.com is a group of video game enthusiasts that want to share the best tricks, secrets, guides and tips. We offer the best content to be a source of useful information, so here you can find guides, tricks, secrets and tips so you can enjoy your games to the fullest. Are you ready to get all the achievements of that game that you resist so much? Enter and enjoy your favorite video game to the fullest!
Fifa 21: Icon Swap 3 available from Monday ❯

How to collect gems in Spyro Reignited Trilogy

How to find four crucial resources in No Man's Sky

Add a comment from FIFA 21: Recommended Storylines for Season 4