Crytek announced that Hunt: Showdown players can set their sights on a host of new experiences and challenges with the new DeSalle map that arrives today on test server PC of the game. The DeSalle map will then launch on live servers for PC, PlayStation 4 and Xbox One by the end of the summer.

The new map is the first in three years to be launched for Hunt: Showdown and expands the roster of in-game maps, combining Still Water Bayou and Lawson Delta for match-based, high-risk, high-reward competitive play. 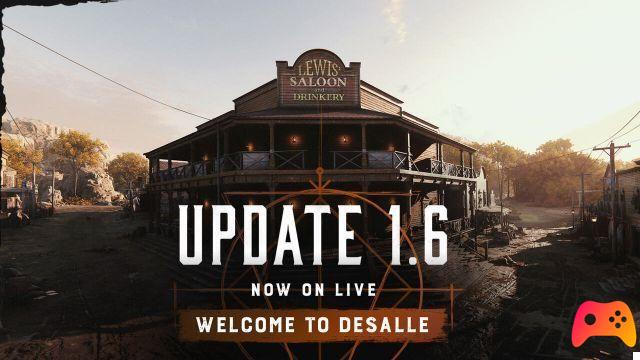 DeSalle presents 16 new distinct areas which combine the decaying urban sprawl of two Wild West cities along with vast mountainous, industrial and agricultural regions. New urban settings on the map include a prison, church, bank and saloon. Players will also be able to hunt and fight through a shipyard, a watermill, a fort, a quarry, a coal mine and the new barnyard areas.


Do you want to be an expert and know all the tricks, guides and secrets for your video games? Epictrick.com is a group of video game enthusiasts that want to share the best tricks, secrets, guides and tips. We offer the best content to be a source of useful information, so here you can find guides, tricks, secrets and tips so you can enjoy your games to the fullest. Are you ready to get all the achievements of that game that you resist so much? Enter and enjoy your favorite video game to the fullest!
The creators of GreedFall have announced Steelrising ❯