Monster Hunter Rise 2.0: the contents of the update

Today was the first live Monster Hunter event since the release of Rise at the end of March. The main focus of the live was to be providing new details on Apex Rathalos and Chameleos, ma fans of the saga were able to be further surprised.

During the conference, the contents added to Monster Hunter Rise with the update to version 2.0 were revealed, among them the return of two famous elder dragons immediately stands out: the Teostra and the Kushala Daora, both introduced in Monster Hunter 2.

In the spotlight also theannouncement of a new Apex variant: that of Diablos, famous iconic horned monster since the brand's first title. Capcom therefore takes the opportunity to clarify that the Apex variants of Rathalos and Diablos they will be tackled through the normal missions of the game, exactly like those already present in-game. 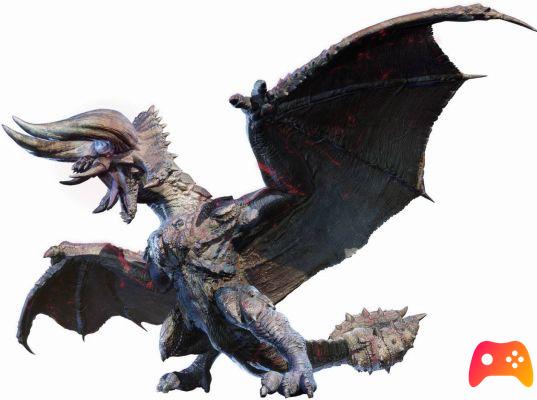 The inclusion of new monsters and quests however, it is not the only content of the update. Monster Hunter Rise will in fact have a highest cap for hunter rank and armor of Palico and Palamute, the companions available in the game. Add to this also new skills and weapons, as well as nnew decorations for existing armor. 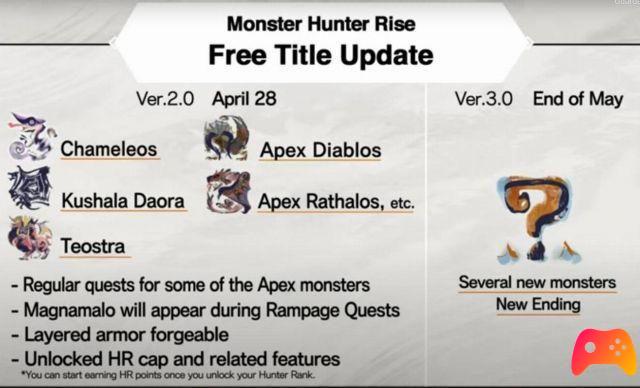 The update will be available starting tomorrow, however, the Osaka house wanted to draw the attention of the players to the next one as well. at the end of the launch trailer for version 2.0, in fact, we are reminded of the details already known about the content of 3.0: will be introduced several new monsters and, above all, a new ending for the game same.

Do you want to be an expert and know all the tricks, guides and secrets for your video games? Epictrick.com is a group of video game enthusiasts that want to share the best tricks, secrets, guides and tips. We offer the best content to be a source of useful information, so here you can find guides, tricks, secrets and tips so you can enjoy your games to the fullest. Are you ready to get all the achievements of that game that you resist so much? Enter and enjoy your favorite video game to the fullest!
Monster Hunter Rise at 5 million copies ❯

Add a comment from Monster Hunter Rise 2.0: the contents of the update