Tales of Arise: new details on the battle system

Bandai Namco has released a new developer diary for Tales of Arise, where it goes into depth the battle system in addition to the characters. To talk about it is the producer Yusuke Tomizawa, together with the director Hirokazu Kagawa and the art director Minoru Iwamoto. 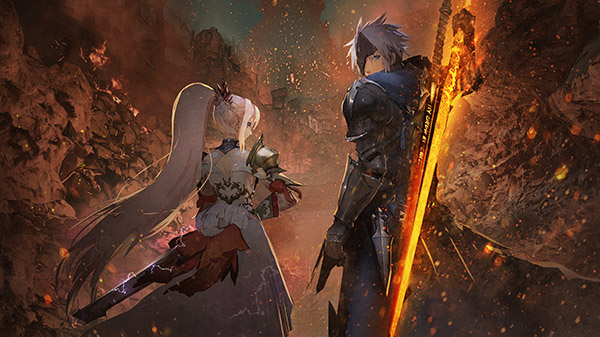 As remembered by Kagawa, the Tales have always inherited something from past exponents, regarding battle systems with the tendency to become more and more complex. In Tales of Arise, the goal of the developers was to create an action RPG dedicated to all types of players, consequently the battle system has been revisited and balanced. The “Counter Edge”, a useful mechanism for counterattacks, has been added, in addition to the “Boost Attack” and the “Boost Strike”. Everything has been inserted to take full advantage the events and the rhythm of the battles in order to perform more satisfying combos with great finishing moves, all aimed at emphasizing the specialties of the characters, rewarding the player's reflexes. Iwamoto then stepped in to talk about the characters' facial animations and body movements, which appear to be much more precise than in the past as high-quality motion capture was used. The movements of the eyebrows have also been taken care of, to guarantee the characters maximum expressiveness. The character of the characters will also be leaked during the fights: each character will have movements "close" to his way of being, thus becoming unique.
Recall that Tales of Arise will be released for PlayStation 5, Xbox Series X / S, PlayStation 4, Xbox One, and PC on September 10th all over the world.

Do you want to be an expert and know all the tricks, guides and secrets for your video games? Epictrick.com is a group of video game enthusiasts that want to share the best tricks, secrets, guides and tips. We offer the best content to be a source of useful information, so here you can find guides, tricks, secrets and tips so you can enjoy your games to the fullest. Are you ready to get all the achievements of that game that you resist so much? Enter and enjoy your favorite video game to the fullest!
Tales of Arise: new trailers ❯

Add a comment from Tales of Arise: new details on the battle system