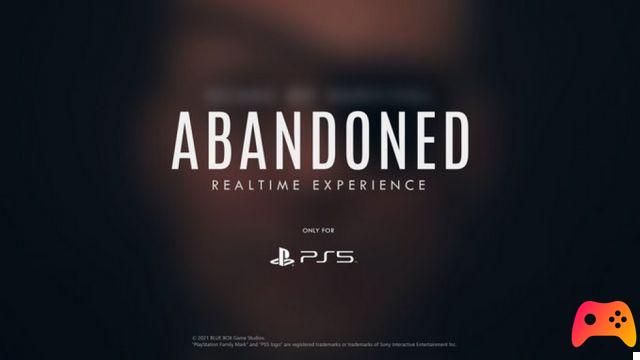 Starting today, it is available in preload on PlayStation 5 Abandoned's app as we remind you that the first trailer is coming on August 10th. Waiting to find out what lies behind the mysterious game Abandoned, we remind you that only recently Blue Box Studios showed a new image of the game that very much recalls the previous works of Konami and Kojima. Stay Tuned!

PlayStation 5 unifies the functions of the keys

Add a comment from Abandoned is the new Metal Gear Solid