DC Fandome: Suicide Squad and Gotham Knights will be in attendance

Since the postponement by WB Games Montreal regarding Gotham Knights there has been very little news on the title. The same happened for the new DC-themed Rocksteady title, Suicide Squad: Kill the Justice League, also with the launch moved to 2022 and whose current state of work is still a mystery. However, it seems that sia Gotham Knights che Suicide Squad they will have their space to DC Fandome. 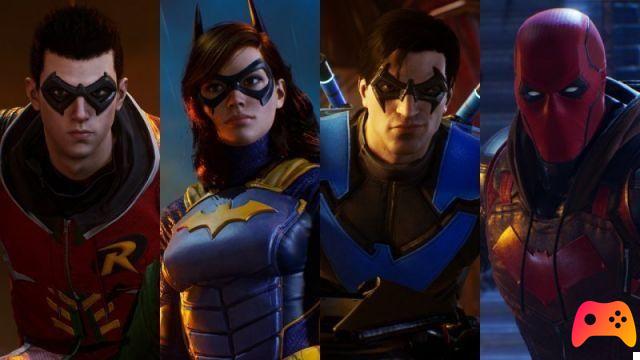 For both titles there will be new trailers, which will be revealed during the event, which will go live on October 16. In addition to this, in the official poster of the event it appears that there is also a new look for the Batgirl version of Gotham Knights. A new Harley Quinn promo art from Suicide Squad has also been released: Kill the Justice League. Both titles are currently in development for Xbox One, Xbox Series X / S, PlayStation 4, PlayStation 5, and PC. While Gotham Knights will focus on Batman's death and the rise of the Bat-Family to protect the city, Suicide Squad: Kill the Justice League will see Harley, Deadshot and other criminals face off against Brainiac. We leave you to the posters released lately.


Do you want to be an expert and know all the tricks, guides and secrets for your video games? Epictrick.com is a group of video game enthusiasts that want to share the best tricks, secrets, guides and tips. We offer the best content to be a source of useful information, so here you can find guides, tricks, secrets and tips so you can enjoy your games to the fullest. Are you ready to get all the achievements of that game that you resist so much? Enter and enjoy your favorite video game to the fullest!
Dead Island 2 could only arrive on PC and next gen ❯

Add a comment from DC Fandome: Suicide Squad and Gotham Knights will be in attendance