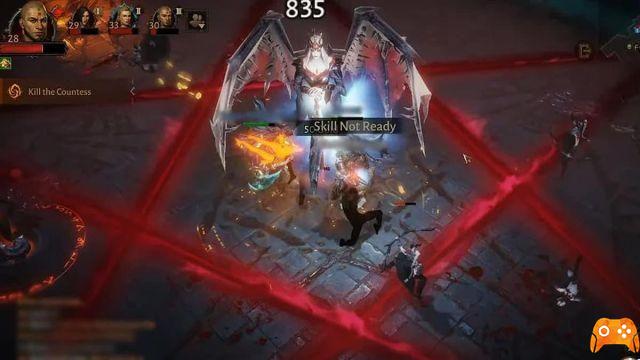 The Countess once ruled the Black Swamp. Residing in her castle, she was said to bathe in the "regenerating blood of a hundred virgins" to preserve her youth, beauty and life.

However, this was before she was originally buried alive in her castle and her fortune was divided among the clergy (a group of religious ministers). She was later found by a group of adventurers who were looking for the treasures her tower held. A battle took place between the countess and the adventurers, but the countess was killed.

A few years later, the Countess was resurrected by her followers; a group of cultists who called themselves the Bloodsworns. It has not, however, been fully restored. To fully restore her former power and strength, and also to stay alive, he needed her blood, which was being collected for her by her followers.

Eventually, she got enough blood to fully recover, but even so, she was still defeated and killed by a group of heroes who came after her and by the Worldstone she wore on her neck.

The following guide will tell you where to find the Countess and how to defeat her in Diablo Immortal.

Diablo Immortal The position of the countess

You will meet the Countess during the Dark Wood questline, but only as an apparition. You can actually fight her as a boss at the end of the Forgotten Tower dungeon in the north of the same area. She will emerge as soon as you step into the center of her lair. 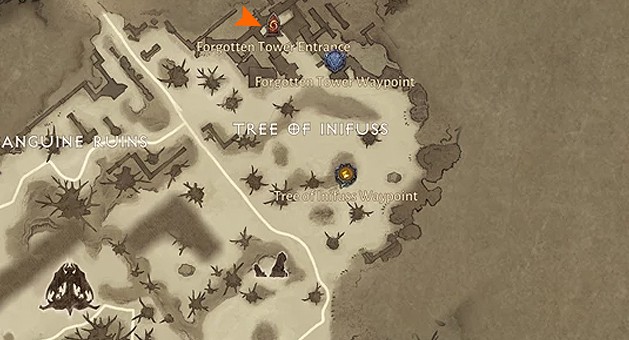 How to defeat the countess in Diablo Immortal

The countess wields a bloody sword along with a wide variety of attacks. The first of which is a basic sword swing that she will often do when she gets too close. You can easily step aside to dodge this swing.

The Countess also has a couple of AoE (Area of ​​Effect) attacks up her sleeve. When the Countess is about to make these attacks, the Impact Area will be shown as a red shaded area on the ground.

There are two types of these AoE attacks that the Countess can carry out. One covers a semicircle (180 degree area) and the other covers a full circle (360 degree area) which is performed after she is flown away and can also summon bats along with this attack. These attacks do a lot of damage, but there is a delay between these attacks so that you can easily escape the impact area.

The Countess can also perform summons. She will often spawn a pair of minions known as the Blood Faith Spearmen. She can also spawn bloodthirsty bats. It is best to get rid of these minions first as they can become a nuisance later on if they increase a lot in number.

The Countess can also conjure cracks / lines on the floor. These cracks do a lot of damage to you if you step on them. The only way to get rid of them, however, is to defeat the countess.

Another type of attack it can perform is a flying type attack. The Countess will fly high and fall on you with great force. This attack also has an impact area so it's best to run away when you see this attack coming as it deals a high amount of damage.

The Countess is susceptible to ranged attacks, so this makes the job easier for Mages and Demon Hunters. If you're playing with a class that excels at melee attacks, it's best to keep moving while trying to get behind the Countess to unleash a couple of attacks.

The rewards you get for defeating the Countess depend mainly on your skill level, your difficulty level and your luck. You can't wait to grind this boss fight for set items.

You have a chance to get any of the loot listed below, but you probably can't get them all at once.