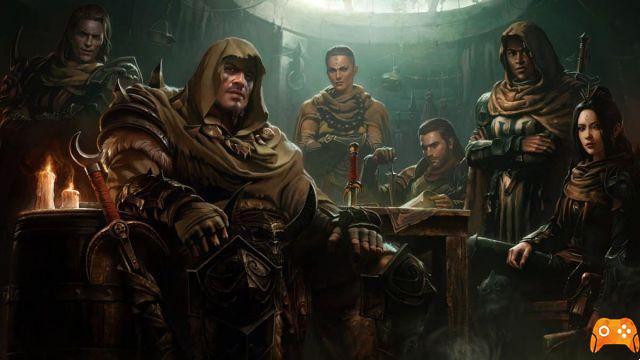 In this guide we will tell you everything about the factions in Diablo Immortal. We'll do an extensive Shadows Vs Immortals faction comparison and tell you which section is best to join. Without further ado, let's get started

The perks you get, the general dynamics of the game, the objectives and the teams depend on the faction you choose to play with. Just like our life, not all factions in Diablo Immortal should be the same and the criteria for joining these factions are different.

By design, when you join Diablo Immortal and start progressing, you will be an adventurer who has less influence on the game than the other two factions. However, they will be the largest faction in the game.

Players who cannot enter the Shadows or are not interested in doing so will all end up here. There are still rewards to be earned in the form of bounties and mostly gold.


Shadows have many Dark Clans and an infinite number of players. The number of players is unlimited. However, they will be even smaller than the adventurers. The aim of Shadows is to build a massive army capable of defeating the faction of the Immortals. The Cycle of Strife is the name given to this ongoing PvP combat.

The top ten Dark Clans in the Shadows will face off against the Immortals once a week. All teams will compete in separate 8v8 matches simultaneously in this clash. The team that manages to win the most matches will be declared the winner. The Immortals advance to the next week if they win.

The goal of the Immortals is to keep the Shadows at bay and maintain dominance. However, the Shadows will get stronger with each passing week and the teams are always subject to change. All this business comes with a lot of awards and a lot of fame.

How to join the shadows faction in Diablo Immortal

Before entering the Shadows, players must be level 43 and have completed the Bilefen storyline. They can then participate in the Shadow Lottery.

Shadow Seekers can speak to the Mysterious Patron in the Western March Tavern every day at 12pm, 00pm, and 18pm server time.

He will ask them to face three ancient champions in a chamber behind him if they are lucky. Winning players will become Shadows. There is an option if an aspiring Shadow is not asked to face the Ancient Champions or is unable to defeat them.


While most players will most likely enter the Shadows faction via the lottery, existing members can ask friends, family, and even random strangers to join.

To prevent Shadows from spamming potential players on an entire server, you need to use an Akeba Signet while inviting another user. Players must enter the Shadow Lottery and eliminate the three Ancient Champions to earn a new seal as a member.

How to join the Immortals faction in Diablo Immortal

Immortals are the best crop, but becoming immortal is a difficult undertaking. The Rite of Exile is the only way to become a member of the Immortals. To become Immortal, players must be ranked 43, have finished the Bilefen storyline, and have discovered the Timeworn Scroll in the Ancient Arena.

After becoming a shadow, players can form or join a dark clan and then compete to progress through the levels with other clans. Path of Blood and Raid the Vault are two events that help this.

When the Rite of Exile begins, the top ten clans can form teams to compete in 8v8 fights against the best immortal clans if the Shadows win more than half of their matches, the Rite of Exile switches to the Challenge of the Immortal, which transforms an Immortal in a huge raid boss version of himself in a 1v30 fight.


Additionally, the victorious Immortals can invite two friendly Dark Clans to accompany them to the Hall of the Immortals.

Should you join the shadow faction or the immortals in Diablo Immortal?

At character level 43, you can leave the adventurers and join the shadows or the immortals. Which faction should you join is the million dollar question.

I recommend joining the Immortals squad as they are the most powerful players in the game. And when they fall into the Cycle of Conflict, the top ten Dark Clans take over. The most powerful commander of the Dark Clans becomes the only immortal.

Competition is fierce because each server can only support a few hundred immortals at a time. But it's worth it. Each newly formed Immortal clan can give a member a crown with a huge offensive and defensive buff and four lesser crowns. Immortals also get their first access to Kion's Ordeal, a 48-player raid with some of the greatest gear in the game.

add a comment of Diablo Immortal: Shadows Vs Immortals - The best faction to join?