This new edition includes the base game and the DLC.

Good Shepherd Entertainment and Shiny Shoe (independent studio) have released the deck-building-based roguelike Monster Train First Class for the Nintendo Switch. This version includes the base game plus "The Last Divinity" DLC. Also included are many bonus cards, new units and gameplay features added since the release of the original game. 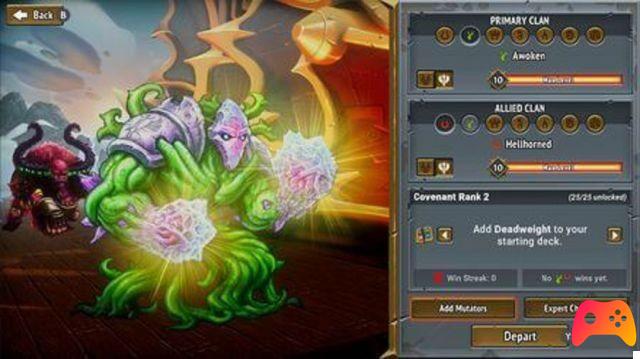 Set on a train bound for hell, Monster Train is a strategic roguelike in which you have to defend between battlefields at the same time. All this to protect the last burning pyre from the forces of Heaven. Thanks to hundreds of cards to unlock, six clans that offer unique gameplay mechanics between them and many combinations and as many solutions for different challenges, every game will be different from the other.

Do you want to be an expert and know all the tricks, guides and secrets for your video games? Epictrick.com is a group of video game enthusiasts that want to share the best tricks, secrets, guides and tips. We offer the best content to be a source of useful information, so here you can find guides, tricks, secrets and tips so you can enjoy your games to the fullest. Are you ready to get all the achievements of that game that you resist so much? Enter and enjoy your favorite video game to the fullest!
Monster Hunter Stories 2: Wings of Ruin demo now available ❯

Arkane Studios: new details on the next IP "Omen"