Oddworld: Soulstorm, the news of update 1.08 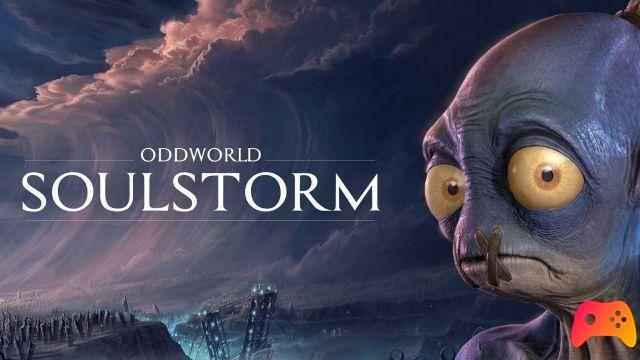 It was made available today Oddworld: Soulstorm update 1.08 came out PlayStation 5, PlayStation 4 e PC. The update brings with it some innovations such as the deactivation of the graphical interface and that of notifications but also brings with it a series of corrections that lead to improving the gaming experience. Let's see the update in detail.

The update of Oddworld: Soulstorm it is available on console and PC; on our pages found our review.

Do you want to be an expert and know all the tricks, guides and secrets for your video games? Epictrick.com is a group of video game enthusiasts that want to share the best tricks, secrets, guides and tips. We offer the best content to be a source of useful information, so here you can find guides, tricks, secrets and tips so you can enjoy your games to the fullest. Are you ready to get all the achievements of that game that you resist so much? Enter and enjoy your favorite video game to the fullest!
Oddworld: Soulstorm - Trophy list ❯

Resident Evil Village: leak on the ending and more

Streets of Rage 4, DLC in development

Add a comment from Oddworld: Soulstorm, the news of update 1.08