Id Software celebrates the twenty-fifth anniversary of the release of the first game.

There has been a lot of talk about it lately and finally, during the QuakeCon just ended, Id Software has announced the return of the famous 90's FPS saga: Quake. 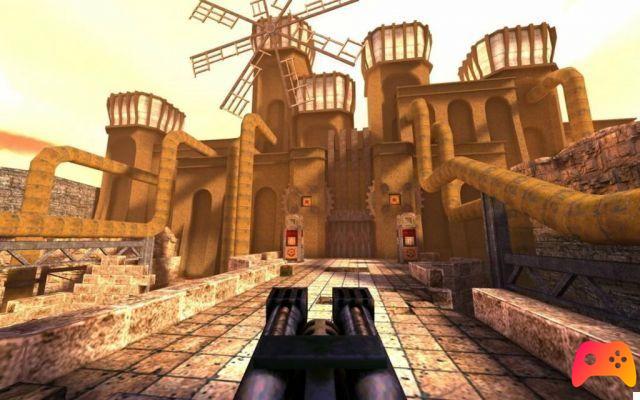 Support for 4K / 120fps for the new consoles will be added soon, in the meantime it is possible to play the new version of Quake on PlayStation 5 and Xbox Series X | S in backwards compatibility mode.

But not all. The package also includes the two expansions of the original Quake, plus two more developed for the occasion by MachineGames.

Even the most competitive players will find their match: in fact, both online and local split-screen multiplayer has also been introduced, to fragment as if they were the 90s.

Last but not least, the game fully supports mods, to the delight of the most geeky players.

The title is already available at a price of 9,99 euros, but players who already own the original game will get the enhanced edition for free.

In short, id Software and Bethesda have really found a great way to celebrate the XNUMXth anniversary of the release of the first, unforgotten Quake.

When will the Fifa 22 Web and Companion App arrive? ❯