The 4 season of Rocket League has been announced by Psyonix that will start the11 August, precisely at 17.00 on PlayStation 4, Xbox, PC and Nintendo Switch. Let's see all the news, starting from the new car to the Arena and the new modes.

Rocket League Season 4 will propose a new one Rocket pass which will include the new Bandito machine and 70 degrees with unique items. Additionally, there will be a new Arena: Deadeye Canyon, available on all standard Playlists when Rocket League Season 4 begins. There will also be new LTMs, namely: 2v2 Heatseeker on August 12, Speed ​​Demon on August 19 and finally Spring Loaded during the month of August.

Speed ​​Demon is one LTM which combines mutators, the speed of the Boomer Ball without the wild bounces, touch effects and a faster respawn timer. Spring Loaded, on the other hand, is the Rumble variant currently available as a mutator in Private Games. Rocket League competitive tournaments will see the addition of 2 vs 2 Tournament and Extra mode. 2 vs 2 tournaments work like 3 vs 3 tournaments: we will have to clash with 31 other teams and aim for victory. The Extra mode, on the other hand, can change every day. 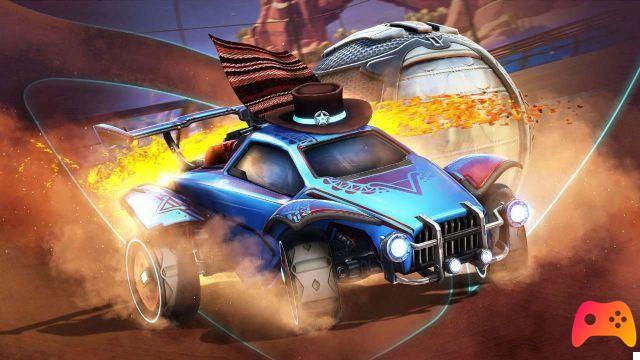 With Rocket League Season 4 a new audio setting will be added where players will be able to disable copyrighted music for videos and streaming. In addition, the restrictions for the Rank in groups have been decreased, there are improvements to random games and several changes to the quality of life of the title.

Do you want to be an expert and know all the tricks, guides and secrets for your video games? Epictrick.com is a group of video game enthusiasts that want to share the best tricks, secrets, guides and tips. We offer the best content to be a source of useful information, so here you can find guides, tricks, secrets and tips so you can enjoy your games to the fullest. Are you ready to get all the achievements of that game that you resist so much? Enter and enjoy your favorite video game to the fullest!
Rogue Spirit will be released in early access ❯

The Outer Worlds 2 is likely in production

Bethesda could found a new studio for remakes