Sega and Creative Assembly shared screenshots and a trailer for Total War: Warhammer III on Tzeentch, the Raven God of Chaos, magic, mischief and manipulation. He is the manifestation of the flux, the demonic god who, alone, embodies the infinite and inconstant change aroused by Chaos.

Kairos Tessifato is the most powerful of the Lords of Change in the service of Tzeentch. Blessed with visions of the past and the future, he is an unparalleled charmer and foresees every action even before it is conceived, which allows him to bend fate in favor of his evil purposes.

As one of the most powerful spell casters on the bloody battlefields in Total War: Warhammer III, this two-headed tyrant can unleash a myriad of magical abilities on his foes. His signature ability, Staff of the Future, dramatically increases the frequency with which he can cast spells, allowing him to haunt enemies with a terrifying barrage of the most devastating spells ever, including those from the new Lore of Tzeentch. 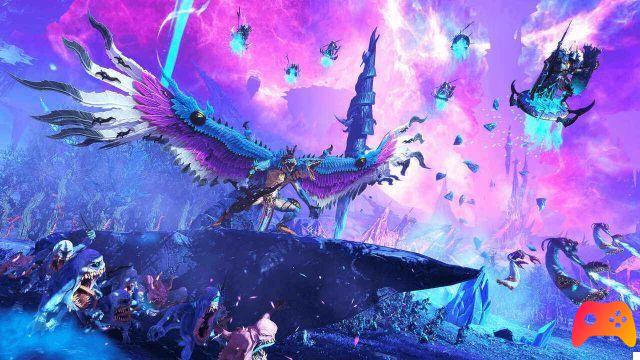 As the ultimate manifestation of the magic of the world of Total War: Warhammer III, the armies of Tzeentch are made up of formidable spell casters that use powerful sorceries to devastate enemy ranks from a distance. In addition, its ranks also include agile Flying Demons, who try to control the fight by carefully choosing the melee in which to take part. The more spells these minions cast into battle, the more magical abilities Tzeentch can make available to wreak havoc.

Throughout the countryside, the Raven God does his utmost to sow turmoil and confusion for their own sake. Through the Manipulation of Destinies, his factions can plot diplomatic intrigues and change reality. His followers can also manipulate the Winds of Magic, increasing or decreasing their impetuosity throughout the mortal world. 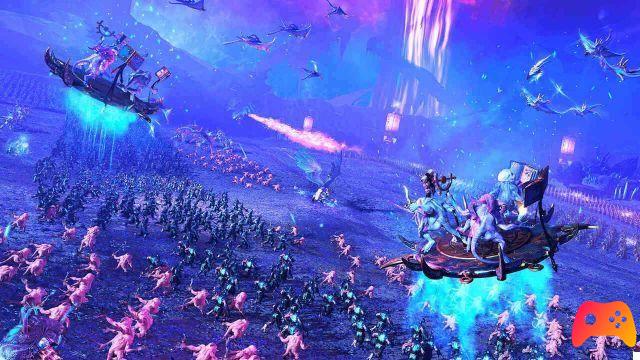 The units of Tzeentch

Tzeentch's servants have the same penchant for conspiracy and manipulation as she does, and through wiles, spells and deceptions, they make conquests in her name. The core of its ranks are formed in part by terrifying demons, such as the giggling Pink and Blue Horrors and the abominable Fire Demons of Tzeentch, who rain hellfire on enemies, and in part by flying units, such as the Knights of Doom, the Burning Chariots and the Shriekers of Tzeentch, who slash the skies before pouncing on the enemy ranks.

Dark Souls III, update brings the game to 60 fps on Xbox but ...

FIFA 21: Milan celebrates Inter and Milan with a mural

PS5, the first problems of the console highlighted

Add a comment from Total War: Warhammer III: the world of Tzeentch