Announced four years ago now, Biomutant has returned to show itself with the publication, by THQ Nordic, of a new trailer. The video, published by the Austrian software house, is totally focused on the combat system and represents an excellent opportunity to get an idea of ​​the status of the work. THQ Nordic has indeed been quite stingy in releasing information to the public, but the release is very close and it is fitting that the developers start showing what they have in store for users.

The new Biomutant trailer dedicated to the combat system allows you to take a quick look at the ranged combat and weapons that players will be able to use within the game. Users will obviously also be able to resort to hand-to-hand combat, but the combat system - at least as seen in the trailer - gives its best in long-distance battles. 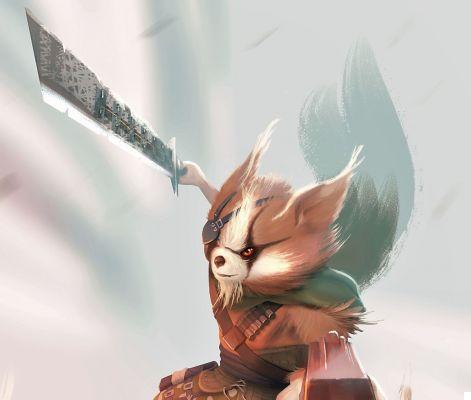 Players will be able to switch weapons during combat, also to vary in and style of play, and will be able to explore the Open World of Biomutant to go in search of upgrades able to improve their arsenal. We remember that Biomutant's release is set for May 25th both on older generation consoles and on PC, PlayStation 5, Xbox Series X and Xbox Series S.

Team Ninja thinks of an open world for the next Nioh