The title FYQD-Studio and Playism returns to show itself with the movie Game Charging Night 2021.

The Bright Memory: Infinite fps is an ambitious project announced in 2020 as evolution of Bright Memory, debut title (but could almost be considered an extended demo, ed) of a one-man only work (FYQD). After some time Bright Memory: Infinite returns to appear on the videogame scenes with a new trailer Game Charging Night 2021 in which it is possible to appreciate some frenetic gameplay phases and a boss-fight.

The title will be released in the course of 2021 on PC via Steam and on Xbox Series X / S, to arrive later also on PlayStation 5, but at the moment a precise launch date has not been confirmed. 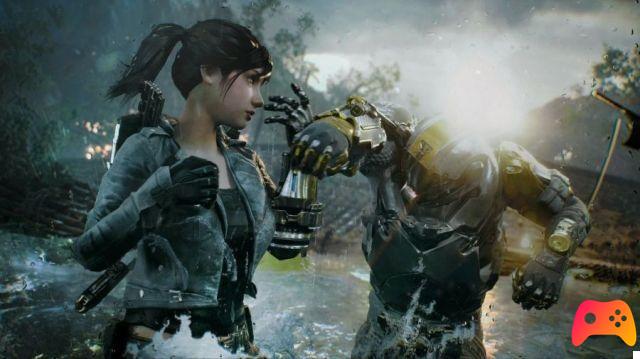 Do you want to be an expert and know all the tricks, guides and secrets for your video games? Epictrick.com is a group of video game enthusiasts that want to share the best tricks, secrets, guides and tips. We offer the best content to be a source of useful information, so here you can find guides, tricks, secrets and tips so you can enjoy your games to the fullest. Are you ready to get all the achievements of that game that you resist so much? Enter and enjoy your favorite video game to the fullest!
Bright Memory: Infinite shows off with a new trailer ❯

Yellow Brick Games: the studio of the creator of Dragon Age is born