According to leaks, the new season of Call of Duty: Warzone could finally introduce the upgrade for the PS5 and Xbox Series X / S versions of the game.

Activision has recently made public the trailer for the fifth season of Call of Duty: Warzone, already leaked in the previous days, but as if that were not enough they have begun to circulate rumors about a possible next-gen upgrade coming with the new season.

Twitter user BreadisModding discovered the existence of a Registered URL which would suggest the imminent arrival of a next-gen edition of Call of Duty: Warzone. This link redirects to an error page but the text would indicate that in addition to the Season 5 patch notes, the PlayStation 5 and Xbox Series X | S versions of the battle royale would be revealed. 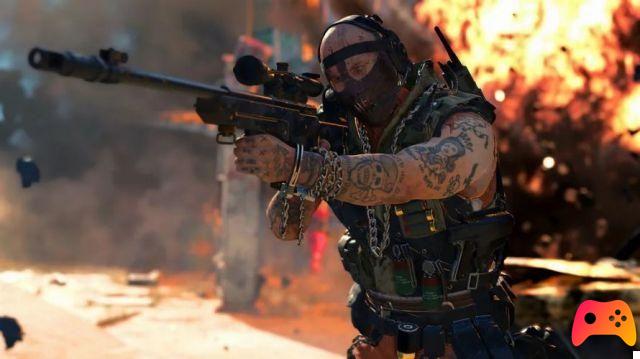 Despite the fairly reliable sources and the page that would be considered official, we would like to tell you that it is still only rumor and that Activision has not yet formalized the thing. We therefore recommend that you take the news with a grain of salt and wait until the new Season comes out (12 August) or until new updates from the developers.

Do you want to be an expert and know all the tricks, guides and secrets for your video games? Epictrick.com is a group of video game enthusiasts that want to share the best tricks, secrets, guides and tips. We offer the best content to be a source of useful information, so here you can find guides, tricks, secrets and tips so you can enjoy your games to the fullest. Are you ready to get all the achievements of that game that you resist so much? Enter and enjoy your favorite video game to the fullest!
Call of Duty: Vanguard: PS4 - PS5 comparison video ❯

Baldur's Gate 3: dialogues in the hands of the spectators