Cliff Bleszinski is working on a new IP

A tweet from CliffyB reveals his collaboration with Sandy Jarrell and Alex de Campi.

A foray of the good Cliff Bleszinski into the world of comics? In reality the collaboration with Sandy Jarrell and Alex de Campi is aimed at a new videogame IP of which, at the moment, we have no further details.

The same CliffyB informs us through a short but meaningful tweet of his new project:

NEWS: I'm officially collaborating with @alexdecampi and @sandy_jarrell on a new IP.

That's all I can say for now.

They're both fantastic to work with!

These are his words: I'm officially collaborating with @alexdecampi and @sandy_jarrell on a new IP. That's all I can say for now. Working with both of them is really great! 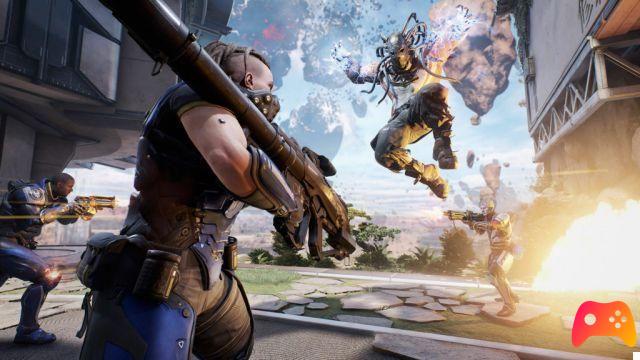 Bleszinski became famous in the videogame scene thanks to the Unreal and Gears of War series and then left Epic Games and devote himself to new projects by founding his own studio, the Boss Key Productions that gave birth the unfortunate LawBreakers, a fast-paced and competitive multiplayer shooter.

What will Cliff Bleszinski have in store from this new IP? At the moment it is really difficult to predict it but the collaboration with two personalities who come from the world of comics can only arouse our interest.


Do you want to be an expert and know all the tricks, guides and secrets for your video games? Epictrick.com is a group of video game enthusiasts that want to share the best tricks, secrets, guides and tips. We offer the best content to be a source of useful information, so here you can find guides, tricks, secrets and tips so you can enjoy your games to the fullest. Are you ready to get all the achievements of that game that you resist so much? Enter and enjoy your favorite video game to the fullest!
Control: Remedy talks about the sequels to its universe ❯

Chivalry 2: the Open Beta is coming