The rich package released by Activision will be called Crashiversario.

An important anniversary for Crash Bandicoot that blows the candles on the 25 years since it was first released on the historic and unforgettable PlayStation back in 1996, today Activision announces the availability of the Crashiversario commemorative bundle. 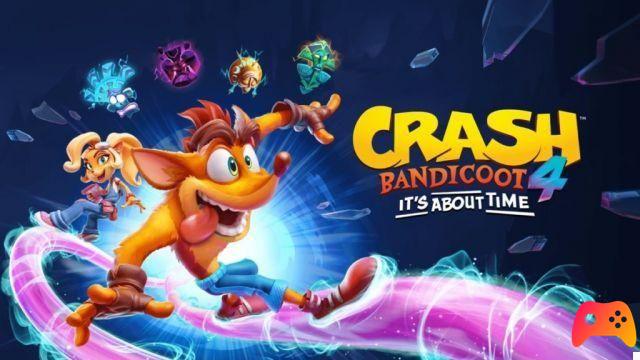 The anthropomorphic bandicoot, however, does not seem to feel the weight of the years on his shoulders as demonstrated in the fourth chapter released over 20 years after the third, in the middle many sub-chapters and spin-offs. Activision then thought for Crash Bandicoot a bundle containing the three remake chapters, the fourth chapter and the remake of the classic and popular CTR: Crash Bandicoot N. Sane Trilogy, Crash Bandicoot 4: It’s About Time e Crash Team Racing Nitro-Fueled.

To remind the public who Crash is and how he became a symbolic character of the videogame world, Activision has also released a nice teaser that presents his Crashiversario. The bundle is already available digitally on PlayStation 4, PlayStation 5, Xbox One, Xbox Series X / S and Nintendo Switch in certain geographic areas.

Do you want to be an expert and know all the tricks, guides and secrets for your video games? Epictrick.com is a group of video game enthusiasts that want to share the best tricks, secrets, guides and tips. We offer the best content to be a source of useful information, so here you can find guides, tricks, secrets and tips so you can enjoy your games to the fullest. Are you ready to get all the achievements of that game that you resist so much? Enter and enjoy your favorite video game to the fullest!
Crysis Remastered Trilogy: release date announced ❯

Crash Bandicoot: On the Run - the crossover with Spyro

Add a comment from Crash Bandicoot: A bundle celebrates 25 years