Just last Thursday, Bandai Namco and FromSoftware allowed fans to take a look at the Interregnum of Elden Ring with a full-bodied Gameplay video. The highly anticipated action RPG is also offered in a collectible version rich in content, which may have indirectly revealed a function of the next-gen editions 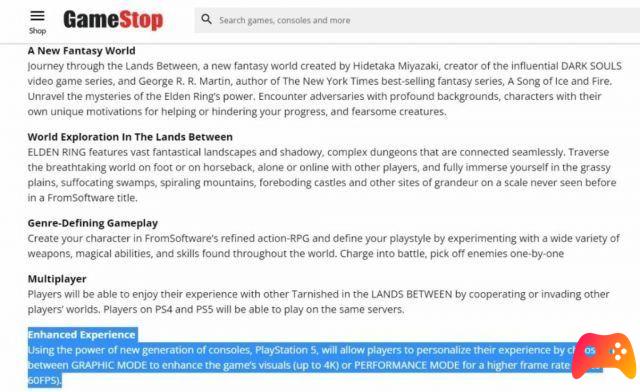 The official game page on the North American Gamestop site seems to have missed a feature not yet revealed by the development team. According to the description provided by the retailer's website, Elden Ring will support two different graphics modes, one for the benefit of the resolution, bringing it to 4K (we still don't know if native or not), the other focused on fluidity, with the FPS pushed to 60.. 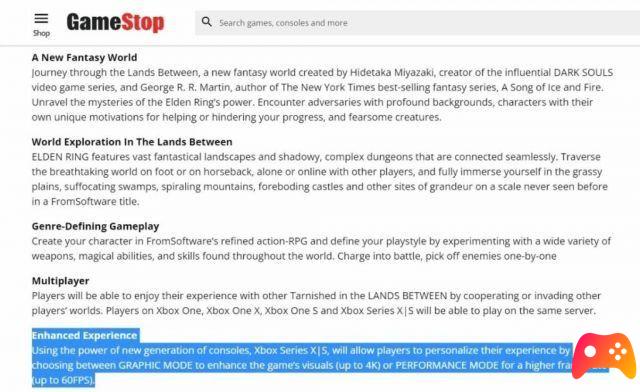 The presence of these graphic options seems to exist both on PlayStation 5, as on Xbox Series X, and Xbox Series S. To date, this choice has not been officially confirmed. If this were to happen, however, it would not represent an unexpected surprise, since it is found in various titles available both on current consoles and on previous consoles, such as Demon's Souls Remake..

Elden Ring is in the final stages of development ❯

God of War: an update is coming for PlayStation 5

Add a comment from Elden Ring: two graphics options for next gen?